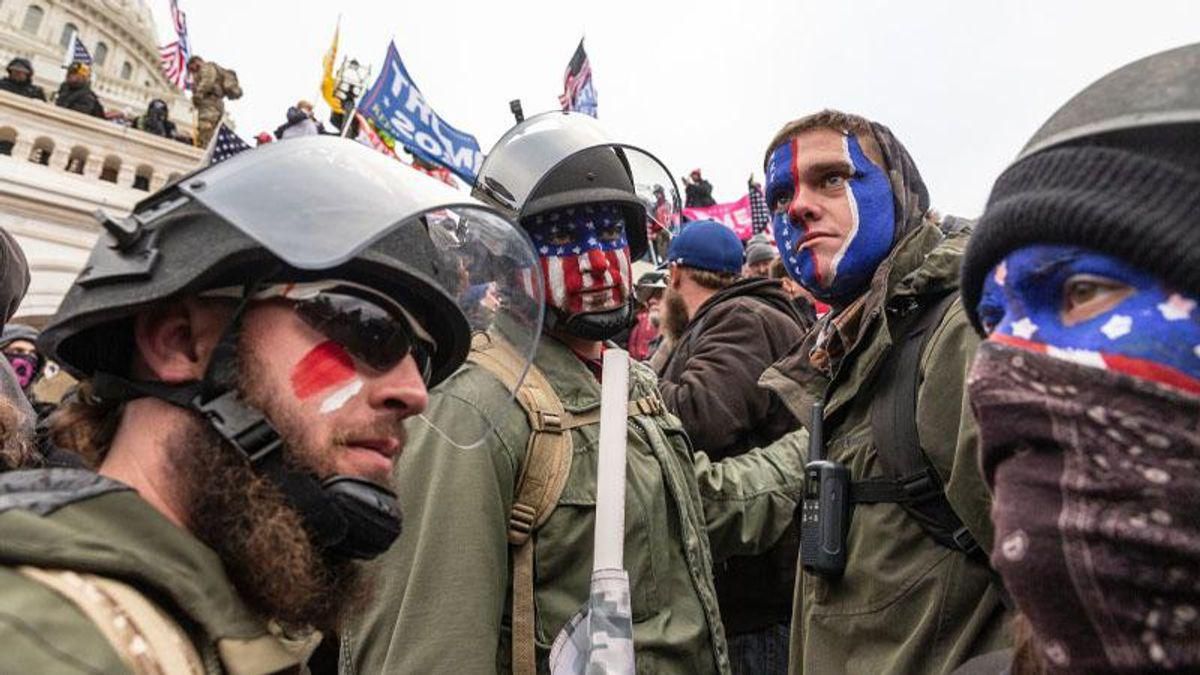 As an example, Griffin showed part of his discussion with Donovan Crowl, a retired Marine and member of the far-right paramilitary group the Oath Keepers, who is facing multiple charges stemming from his invasion of the Capitol — but who doesn't view it as a serious situation. "I was hanging out with some of the wrong people it seems like, but I didn't really do anything, so I feel pretty good that my case is going to come out and show that."

This stood in sharp contrast with what Crowl's mother told Griffin.

"I love the person that he used to be, but I despise the person that he is now," she said. "He's not my son, and I still have a hard time believing that he did what he did. If he gets 20 years in prison, he'll be 70 years old before he gets out of there. Trump doesn't care about any of those people that stormed the Capitol for him. He doesn't care one iota about them. Hasn't even mentioned them since he's been out of White House."

Drew Griffin says Capitol rioters are in denial about their legal situation www.youtube.com