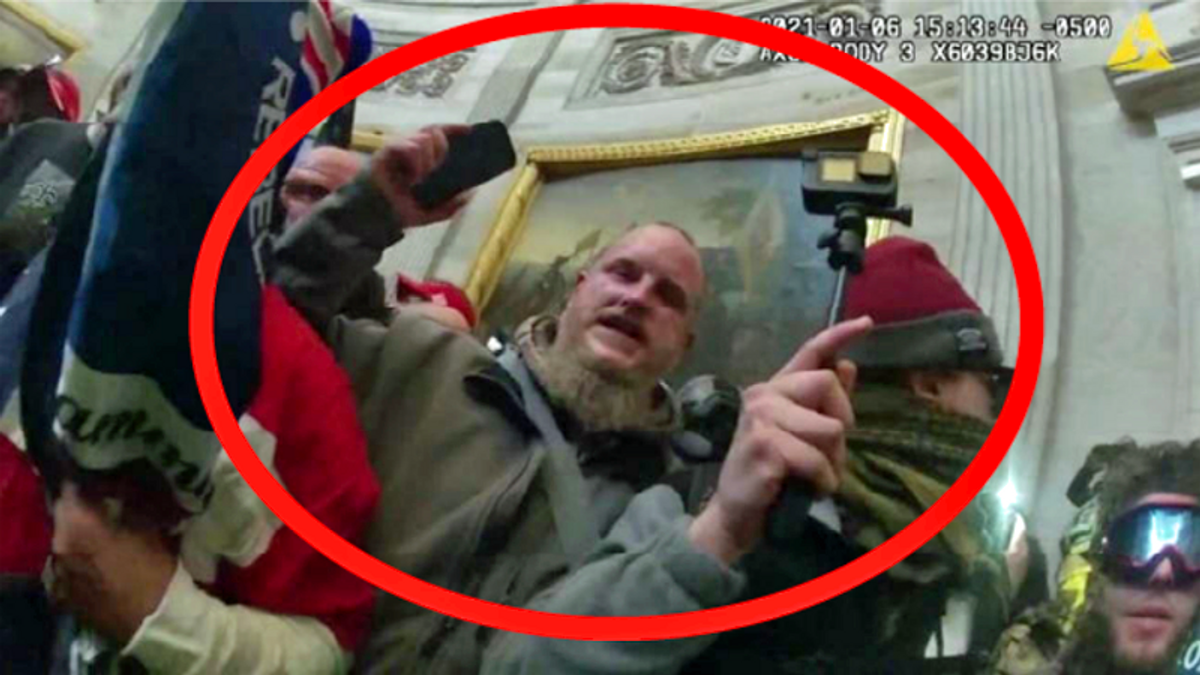 Unlike so many other suspects, Mott doesn't appear to have left a trail of electronic breadcrumbs for the FBI in the form of social-media posts and texts.

But he didn't need to: He got tagged.

According to the FBI criminal complaint, someone identified only as "Individual 1" had referenced Mott on his GoFundMe page for the trip of D.C. -- to which the FBI was alerted by witnesses -- and that apparently led to Mott's identification as having participated in the riot.

It probably didn't help that, according to the FBI, Mott's spouse, Hope Anderson-Mott, had linked from her Facebook page to the GoFundMe page asking for support. Her Facebook page also referenced Mott's trip to Washington D.C.

The various tips about Mott led the FBI to identify him in Freedom News video and footage from police body cameras. That's where the direct evidence against Mott was cited in the FBI complaint:

"In the Freedom News video, the footage depicts Mott with swollen eyes pouring water on another person's face. This behavior is indicative of recovery from tear gas or another similar chemical irritant which was deployed by law enforcement in an effort to subdue the rioters entering the Capitol."

The FBI also stated that "Mott joined another group of rioters who were yelling at (police) officers. Mott has an interaction with an officer, who is utilizing his baton in an attempt to restrict the rioters from moving through the exit. Mott can be heard telling the officer "don't touch me and if you don't touch me, I won't touch you," and then pushing against the officer's baton."

Then there was this passage from Individual 1's Facebook account after it was all over, again not helpful to Mott:

"I'm ok. We did it. JT and I got separated for about 20 minutes, but I've made contact with him. He's better than OK. I'm now trying to get us the hell out of here. Good work patriots. Protecting pedophiles and denying people don't fly here. The silent majority has spoken. Let this be a lesson. We'll do it again when we have to."

You can reach the FBI complaint here.