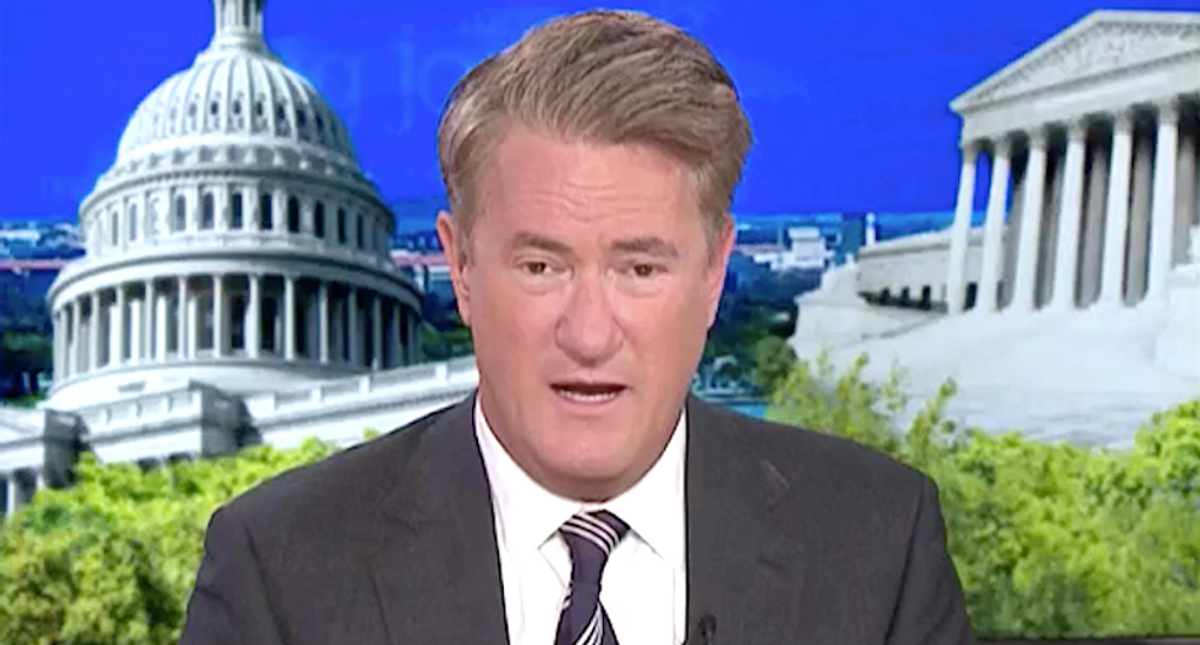 "Look at the Trump signs everywhere," Scarborough said. "Donald Trump trying to deny that this wasn't his riot, this wasn't his insurrection when, in fact, he was cheering it on from the White House, according to Republican senators and, of course, called up [House minority leader] Kevin McCarthy and Kevin McCarthy asked him, begged him to shut it down, and he told McCarthy it wasn't his people, even while he was cheering them on. McCarthy shouted at him, swore at him, called him a liar -- how stupid do you think we are? Everybody knows. Look at the Trump signs. These are all Donald Trump supporters in there."

Four law enforcement officers testified last week before the House select committee investigating the riot, which Republicans have downplayed as a minor event, and some conservative media figures mocked their pain in describing the brutal violence they faced.

"Please let them know how much you appreciate what they do for you every day, and specifically what they did to save your life on Jan. 6," he added. "Because right now, they obviously aren't feeling that. They're hearing a lot of Republicans undermine them and attack them and claim that they're actors, and claim that this was just another day on the Hill, and so, when Republicans come out and say that, or when carnival barkers come out and say that and you say nothing, as a Republican members of Congress, you're sort of endorsing that."

If you or someone you know needs help, please call the National Suicide Prevention LIfeline at 1-800-273-8255
SmartNews
Report typos and corrections to: corrections@rawstory.com.
READ COMMENTS - JOIN THE DISCUSSION