White folks trashed the Capitol -- but guess who cleaned it up? 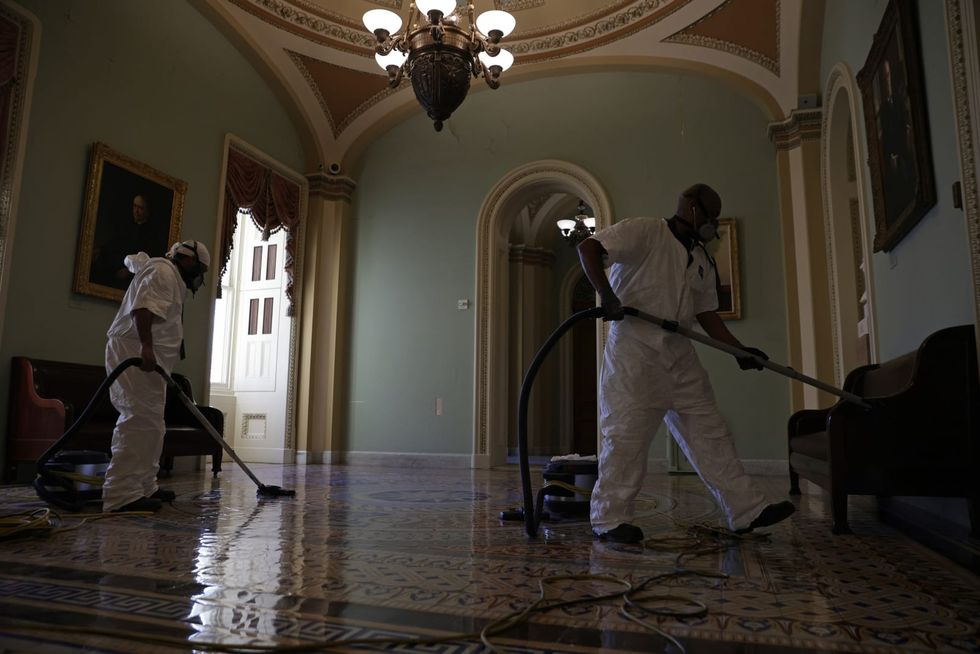 A cleaning crew vacuums the floor of a hallway at the U.S. Capitol on Jan. 7, 2021, in Washington, D.C., a day after a pro-Trump mob stormed the building. - OLIVIER DOULIERY/Getty Images North America/TNS

The images speak for themselves. There was Korean American U.S. Rep. Andy Kim, on the floor of the Capitol rotunda after midnight, picking up the pro-Trump detritus and trash left behind by a mob set to overturn the results of a fair election. Earlier that day, Black U.S. Rep. Lisa Blunt Rochester, having evacuated the House chamber, sheltered with colleagues and feared a superspreader epilogue to the attack if other Congress members and staff did not put on masks. She went around the room trying to hand out masks and was not only refused, but laughed at in a now-viral video. A Black Capitol P...