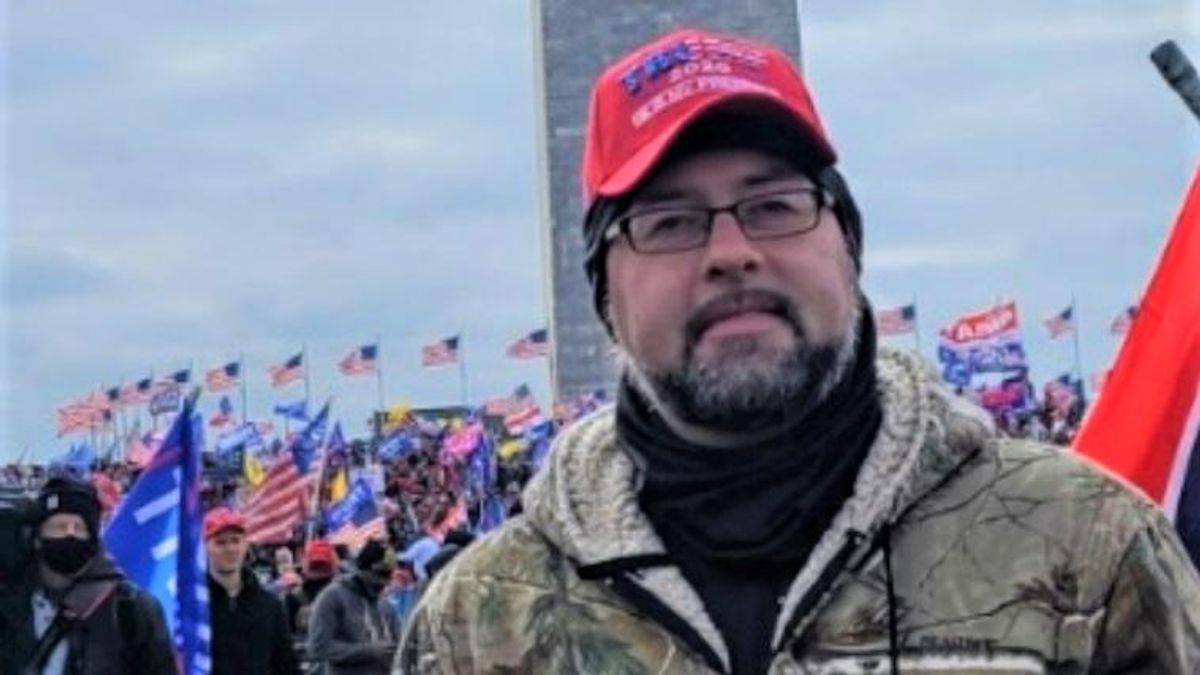 A Trump supporter who took part in the January 6th riots at the United States Capitol openly boasted of his plans to pose as a member of Antifa while committing acts of violence -- and now he's been arrested.

The Washington Post reports that law enforcement officials have obtained text messages from Trump supporter William Norwood in which he talked about posing as a member of Antifa ahead of the "Stop the Steal" rally at the Capitol building, which he believed would help him "get away" with committing acts of violence.

"I'm dressing in all black," Norwood texted to a group chat on January 5th. "I'll look just like ANTIFA. I'll get away with anything."

During the riots, Norwood photographed himself wearing a Capitol police officer's vest that he'd stolen and once again texted the group to crow about his achievements.

"It worked," he wrote. "I got away with things that others were shot or arrested for."

It did not work for long, however, as Norwood was subsequently arrested last week and charged with violent entry and disorderly conduct on Capitol grounds, obstruction of justice and Congress, and theft of government property.

Although Norwood has not yet been charged with assaulting a police officer, law enforcement officials are scrutinizing text messages he sent where he talked about fighting four different police officers and then stealing one of the officer's tactical vest and helmet.