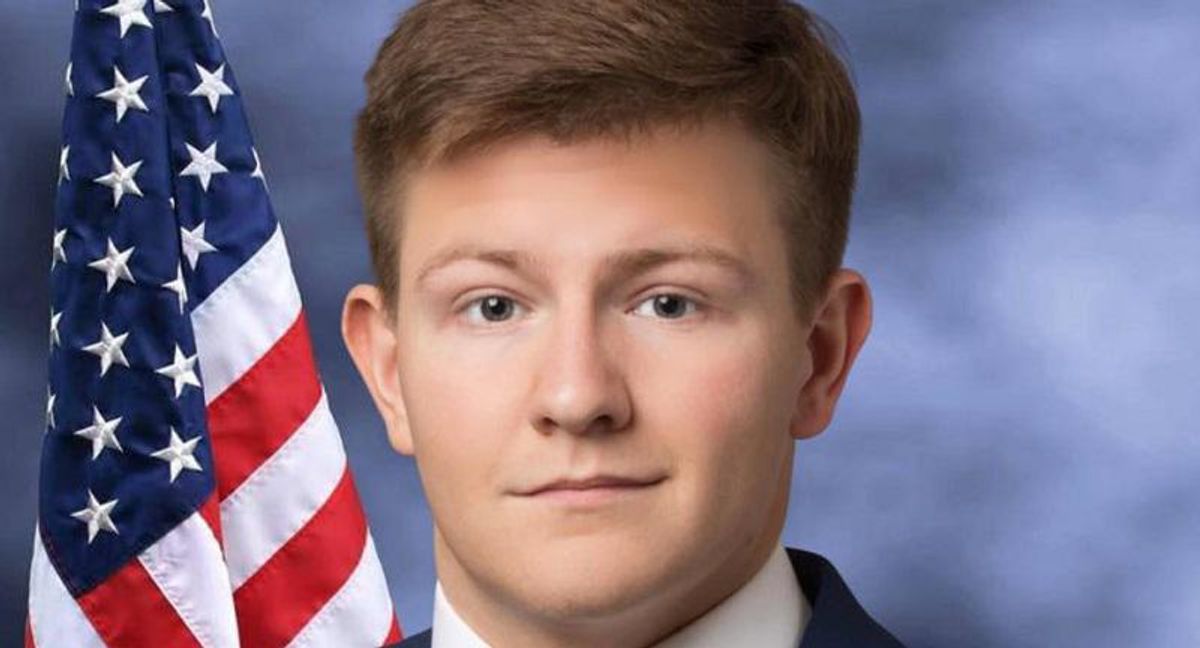 A 20-year-old Trump-loving Montana lawmaker saw his dreams of designating antifa as a domestic terrorist group go down in flames after he allegedly "misbehaved" at a meeting.

However, Republicans who initially cosponsored Mitchell's resolution abruptly pulled their support after he delivered a disastrous defense of his bill during a committee meeting.

During the meeting, Mitchell admitted that he didn't consult with any law enforcement officials before drafting his proposal, and he then admitted that he lied about the bill being "bipartisan" when no Democrats had signed onto it.

Mitchell is an alum of Turning Point USA, a youth group of young conservatives known for their embrace of Trump and other far-right politicians.