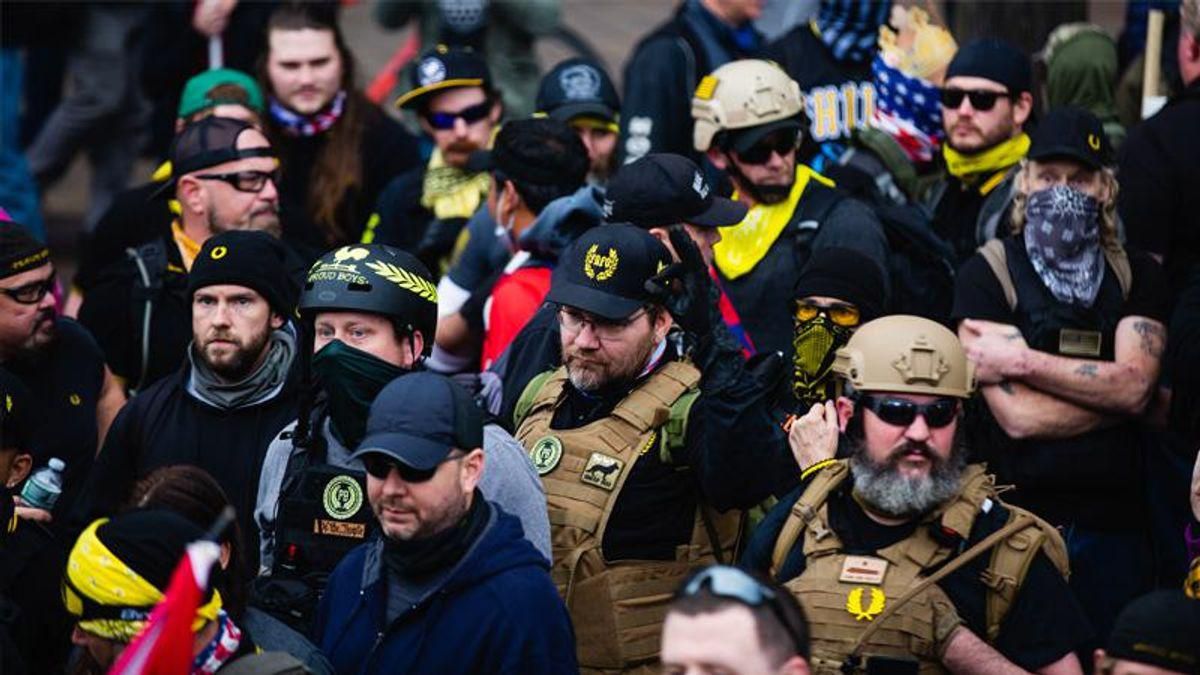 "Scott-Railton says he and researchers from Deep State Dogs combed through photographs and videos of the riot posted to social media and were able to identify Rusch marching to the Capitol alongside notable Proud Boys Joe 'Rambo' Biggs and Ethan Nordean, and making their way past police barricades at the Capitol, further onto the grounds and underneath bleachers set up for President Joe Biden's inauguration on the Capitol grounds," said the report. "The identification of Rusch would add to the growing list of military veterans who descended on the Capitol to try and stop the certification of Biden's Electoral College victory."

Military veterans and law enforcement make up a disproportionate number of those caught in the Capitol riot. Another veteran at the riot has been charged with stabbing a Capitol Police officer with a flagpole.