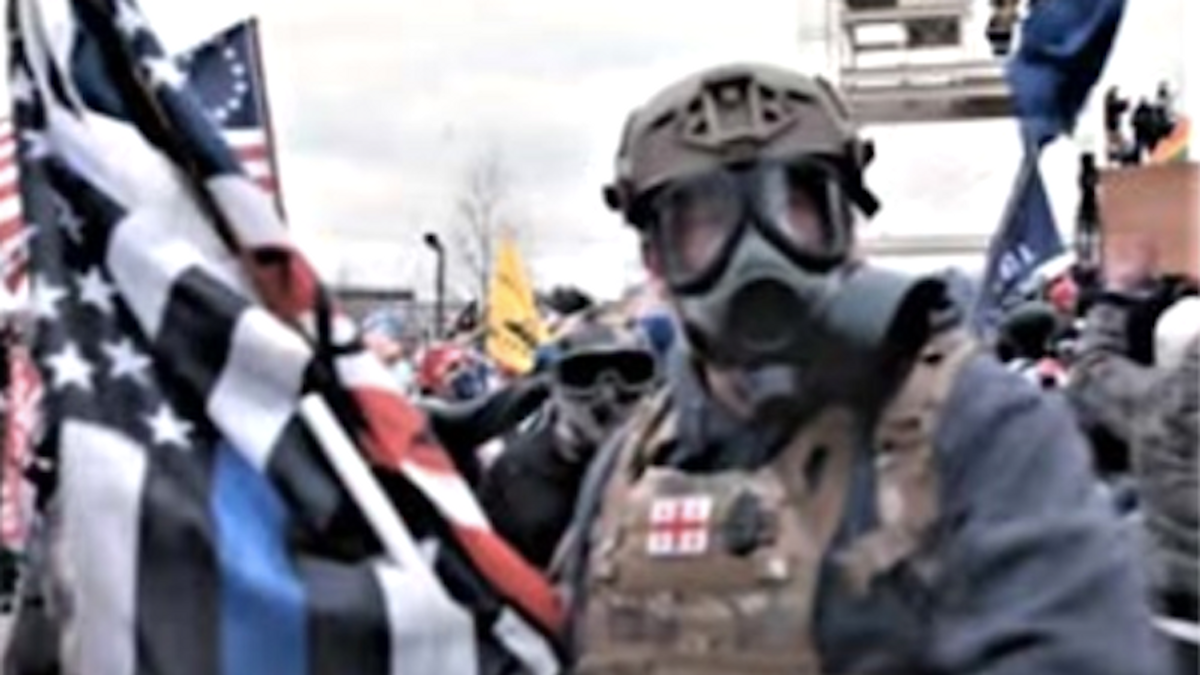 A pro-police military veteran was charged with stabbing a police officer in the face with a flagpole.

A federal judge called the charges against Virginia veteran Jeffrey McKellop "among the most egregious yet identified" in the Jan. 6 insurrection at the U.S. Capitol, reported WRC-TV's Scott MacFarlane.

"The defendant is a highly trained military veteran and his actions at the Capitol appear strategic, that strategy being to disable and disarm as many officers as possible to facilitate the breach of the U.S. Capitol by others," federal prosecutors said in court documents. "He came prepared for this task, bringing with him a gas mask that effectively immunized him against the riot-control spray used by officers defending the Capitol."

McKellop allegedly assaulted a line of officers and tried to grab the riot control spray from another officer before flipping off the police officer.

There's no evidence that McKellopp brought any weapons to the insurrection besides what appears to be a "Blue Lives Matter" flag expressing support for police, although prosecutors said that doesn't appear to be the same flag he used to assault an officer who still has visible injuries from the attack.