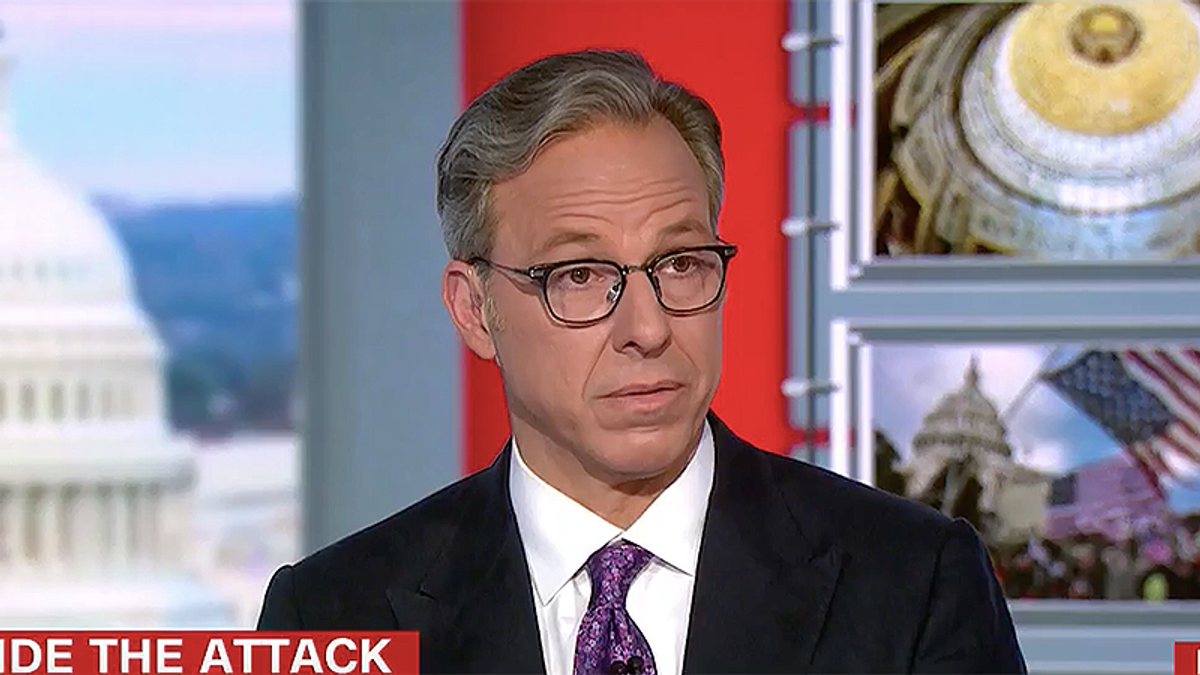 At the top of his Tuesday show, CNN host Jake Tapper addressed some of the missing items the Republicans neglected to investigate as part of their report on the Jan. 6 attacks.

While some have noted that they left out words like "insurrection" and anything related to GOP responsibility, including former President Donald Trump, Tapper noted that there are other important issues that the report neglects.

Speaking to panelists Abbey Phillips and Politico reporter Laura Barrón-López, Tapper said that the report doesn't address how all of the people who came to the "Stop the Steal" rally got to Washington, D.C. Last week it was revealed that Trump met with Jeff Brain who funded the "patriot caravans" to Washington.

"Brain's site hosted multiple pages organizing 'Patriot Caravans; to attend the protest," reported The Uprising. "Trump supporters, many of whom attended these rallies, ultimately broke into the Capitol as the certification was taking place, leading to violent clashes with law enforcement and multiple deaths. Clouthub also hosts pages dedicated to the QAnon conspiracy theory."

There were surely state and county Republican parties which helped fund travel to Washington, but that wasn't part of the investigation by the Republicans for their report.

"I mean, I have 100 questions that I could list off the top of my head that have not been answered, including how did all these people get there and what was the coordination going on with the White House and Roger Stone and others?"

Phillips explained that there is a reason for all of this.

"They don't want to talk about how people got there, why they were there in the first place," she said. "Anything touching on Trump, so, yeah, it is a whitewash of what happened and it's probably as much as we're going to get here. There's a sense here based on what Ryan just said, even Mitch McConnell who was actually one of the most vocal in blasting Trump around the insurrection, and after the impeachment proceedings still doesn't want to go there. He doesn't want to go there because he wants to let the past be the past and I think that's the Republican position going forward."

Tapper went on to wonder if future children will learn about the attack on the Capitol from Jan. 6 in school or if it will be whitewashed. He explained that he didn't even learn about the Tulsa racist massacre until he was "well into adulthood." Barrón-López anticipated that in the future, red states won't be willing to report the reality. The problem, however, is that videos and media are available now, when they weren't during the Civil War or the Tulsa massacre.