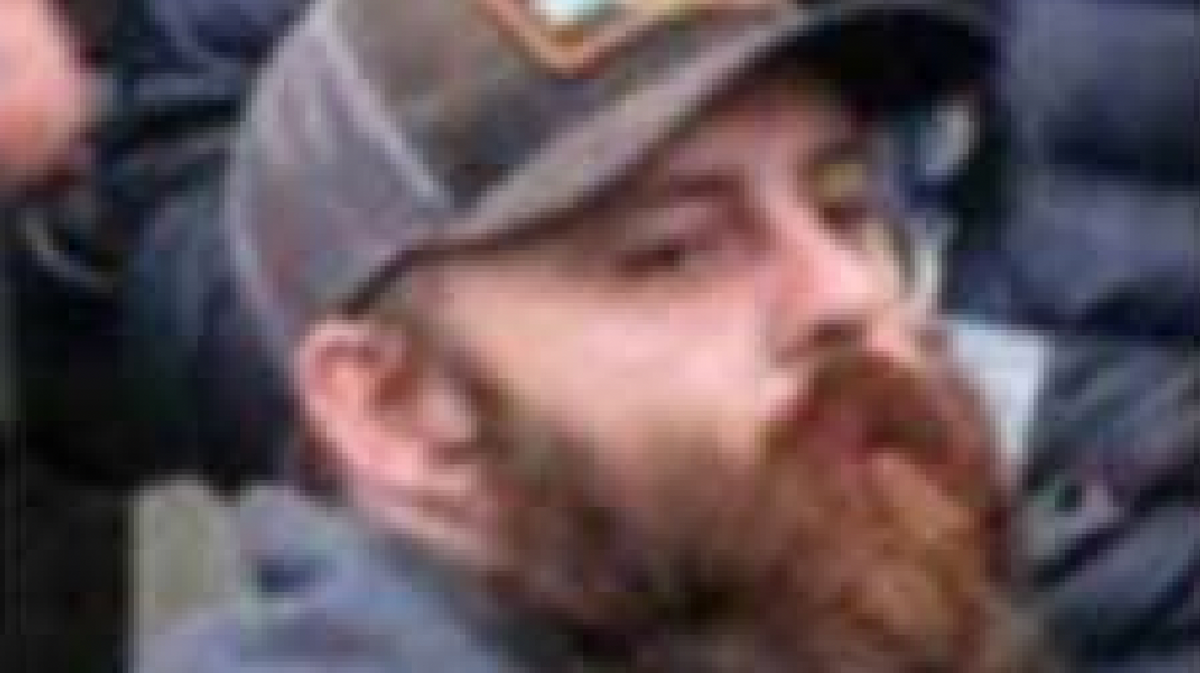 Thomas John Ballard was arrested today by the FBI for allegedly assaulting Capitol Police on January 6 with police batons and a thrown tabletop.

But Ballard's claim to fame might be the unusual manner he was apprehended.

Ballard, a 35-year-old man from Fort Worth, Texas was identified after an enterprising anonymous tipster ran the FBI's "wanted" photo of him through a facial-recognition search tool, according to the FBI criminal complaint.

"Witness- 1 stated that he/she had placed an image of 325-AFO-A onto a public facial recognition search tool and that the results identified a motorcycle-based YouTube channel called "CliffCares" belonging to an individual with an identical beard, facial features, and "Infowars" baseball hat as seen in 325-AFO-A. Witness-1 further stated that a Google search of "Cliffcares" revealed a motorcycle repair business."

It's not immediately clear why authorities hadn't thought of that. But they did follow up.

"The FBI conducted a Google search of 'CliffCares' and 'motorcycle' and found a publicly accessible YouTube channel titled 'CliffCares,' a publicly accessible Facebook business page titled 'Cliff's Mobile Motorcycle Tires,' and an Instagram account titled 'CauseCliffCares,'" federal prosecutors write. "All three social media accounts appeared to be operated by an individual matching the appearance of the individual depicted in 325-AFO-A. In several videos on these social media accounts, the individual is wearing the same 'Infowars' baseball cap seen in 325-AFO-A."

And it turns out the tip about the Facebook page yielded even more participation from law enforcement officers.

"The Facebook business page included a posted photograph of an Arlington, Texas police officer's motorcycle, and a comment below the post was from an Arlington, Texas police officer ('Officer-1') who thanked 'Cliff' for a tire change," prosecutors alleged "On or about June 4, 2021, the FBI interviewed Officer-1. Officer-1 was shown a photograph of an individual at the Capitol Riots on January 6, 2021 and identified the individual in the photo as "Cliff," who Officer-1 had previously hired to work on Officer-1's motorcycle."

Then it turns out that Officer 1 identified an Officer 2 who was also a motorcycle-repair customer of "Cliff." He, too, identified Ballard.

But Ballard had less of a warm relationship with the folks in blue at the Capitol insurrection.

"Ballard, wearing an 'Infowars' baseball cap and tan backpack. can be seen at the front of the rioters confronting the U.S. Capitol Police and/or Metropolitan Police Department officers defending the Lower West Terrace archway," the criminal complaint states. "Ballard can be seen holding a black police baton as he confronts the officers while other rioters attack the officers."

The report went on to state that Ballard struck officers with the police baton and that he threw a tabletop at the police officers defending the Lower West Terrace archway."

Ballard is charged with assaulting, resisting or impeding officers, physical violence in the Capitol grounds, unlawful entry and disorderly conduct, among other counts. You can read the criminal complaint here.