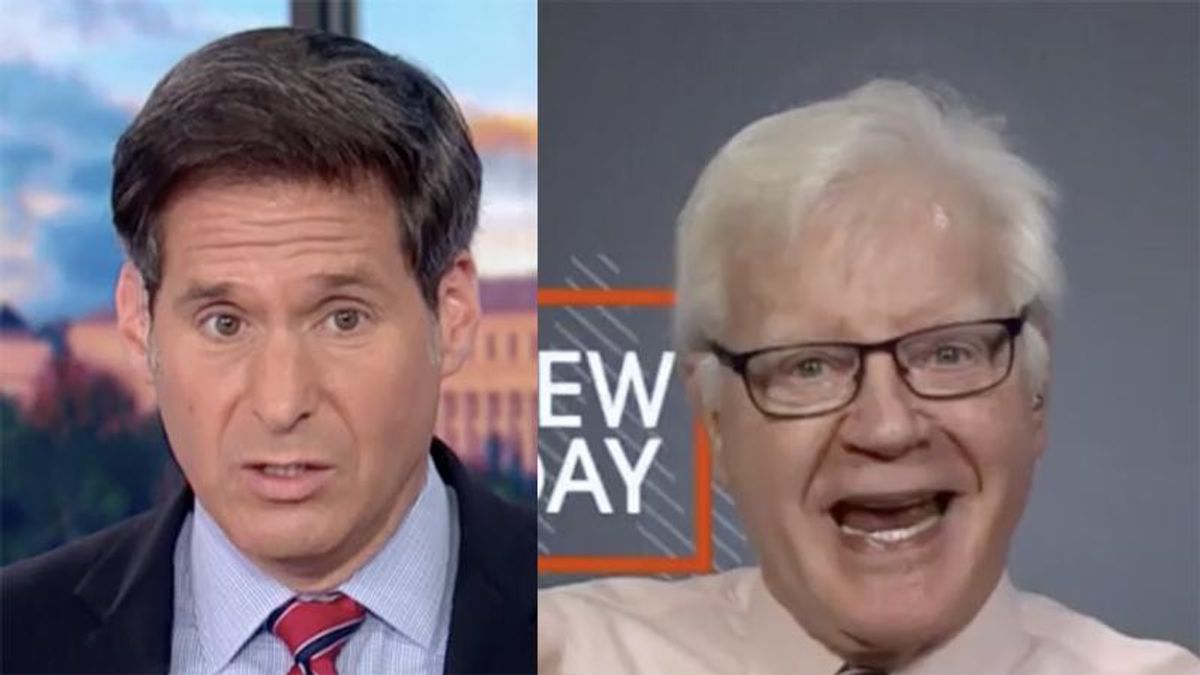 After earlier comparing former president Donald Trump to Adolf Hitler and Joseph Stalin, the attorney for one of the Capitol rioters went on a rant at the end of an interview with CNN host John Berman in which he railed at Trump for sending "dummies" to do his dirty work in an effort to void the 2020 presidential election.

After his client, Anthony Antonio, carefully parsed his words in an effort to apologize for his actions -- while at the same time admitting he went to Washington, D.C., on Jan 6th because the then-president was calling for people to show up -- Antonio's lawyer, Joseph Hurley went on an extended attack on Trump.

Turning to the attorney, Berman asked, "Counselor, what do you think of that? Should the former president be held to account for what happened?"

"Are you asking me? There ain't no doubt about it, and I'm sitting here just with Anthony, why won't you just say yes or no?" he asked his client.

"He is such a person that doesn't hurt people that he's -- he can't come out of himself to criticize and that's the only reason I represented him because the rest of them are criminals, and they are where they should be and there will be more joining them," Hurley exclaimed. "So absolutely, 100 percent, but as all cowards do, we've got our bone spurs, stay down in Mar-a-Lago, play a few rounds of golf, let everyone else take the hit and the dummies take the hit. That's what's totally inexplicable; they take the hit and keep following along until they get chopped down one by one, and there's none left. Thank God whenever that ends."