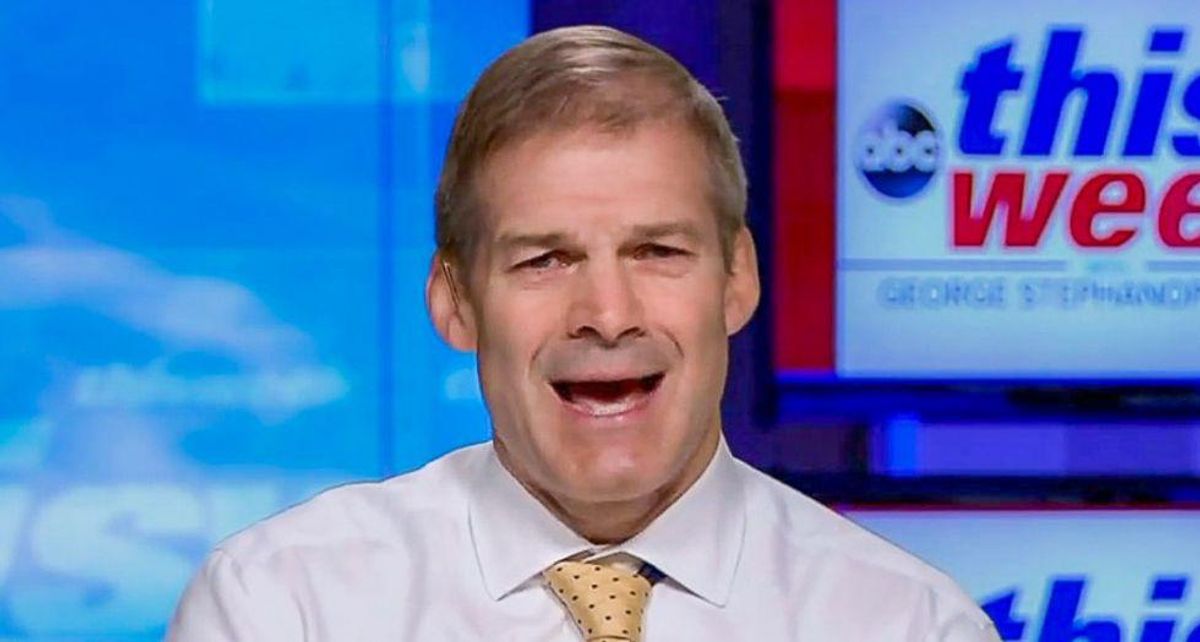 The House of Representatives on Friday announced a deal to form a bipartisan commission to investigate the January 6th MAGA riots at the United States Capitol building -- and it looks like it will be impervious to sabotage from Trump-loving congressmen.

The announcement detailing the formation of the commission explicitly states that "current government officers or employees are prohibited from appointment," which means that House minority leader Kevin McCarthy (R-CA) won't be able to appoint someone like Reps. Jim Jordan (R-OH) or Matt Gaetz (R-FL), both of whom relished disrupting House proceedings during Trump's first impeachment.

Additionally, the agreement states that "commissioners must have significant expertise in the areas of law enforcement, civil rights, civil liberties, privacy, intelligence and cybersecurity," which would seemingly prohibit McCarthy from appointing someone such as "QAnon shaman" Jacob Chansley to be on the commission.

The commission's mission will be to learn "the facts and circumstances of the January 6th attack on the Capitol as well as the influencing factors that may have provoked the attack on our democracy."

The commission's final report will be due by the end of the year.