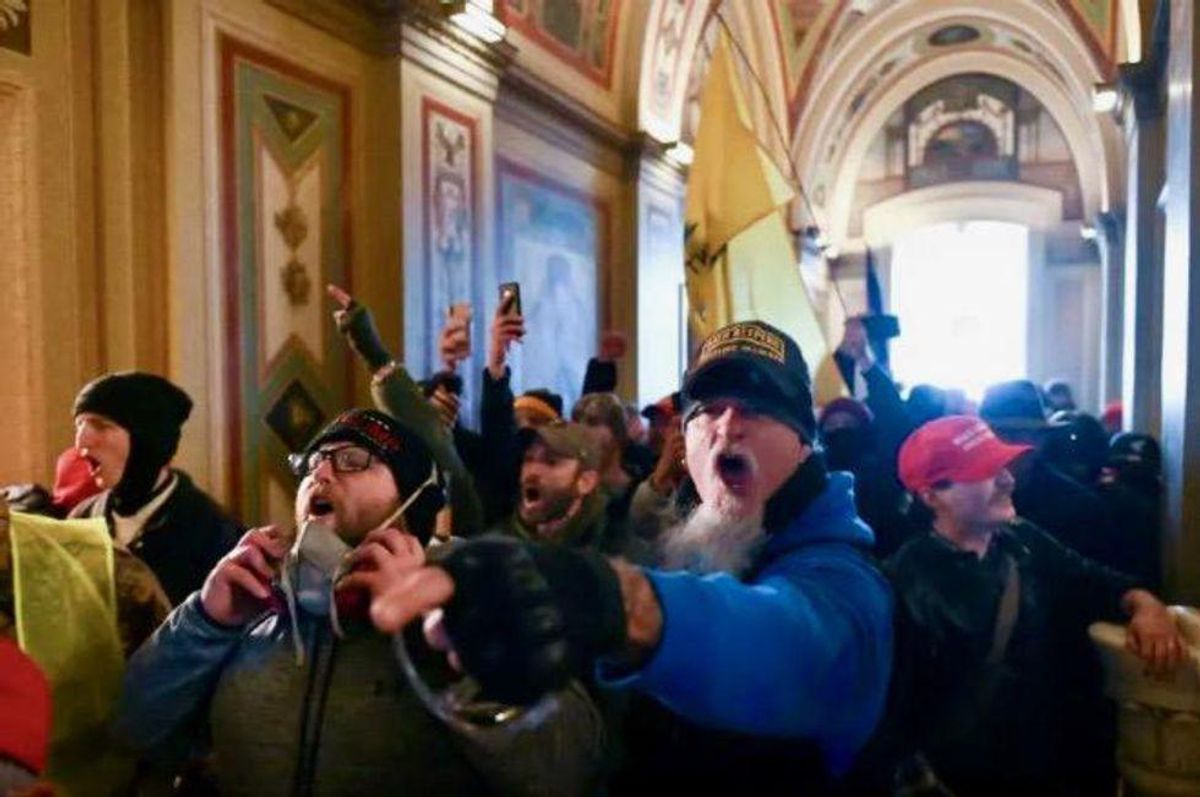 On Monday, the Syracuse Post-Standard reported that an accused Capitol rioter who opted to represent himself in court is now demanding that the government pay him tens of thousands of dollars -- or possibly millions -- for doing so.

"Eric Bochene, 49, says that working as his own lawyer comes with a steep price tag — something that he said the government should pay," reported Douglass Dowty. "And he said it's only fair to be paid considering the fees courts order for filing documents, as well as salary that the government would have paid his public defender."

Among the expenses Bochene is "charging" the court include $10,000 for a court appearance, $500 per hour in research time costs, and a $50,000 surcharge if his appearances or research are under duress. He argues that his services to defend himself are worth "hundreds of thousands of dollars," but it doesn't end there. He also intends to levy fines against the court of "$6 million if there's an attempt to forge a signature or $5 million for forced giving of bodily fluids."

Bochene mapped out the entire payment scheme complete with 15 dates of invoice.

There is no legal basis for Bochene to force the court to pay him. The court must give him legal counsel if he can't afford an attorney, per the Sixth Amendment, but if he waives that right and represents himself, he isn't entitled to the money a court-appointed attorney would have billed for their work.

A number of the Capitol riot defendants have pursued bizarre legal theories. One other rioter, Pauline Bauer of Pennsylvania, declared herself a "sovereign citizen" exempt from all U.S. laws, and demanded that the government "drop all charges against my VESSEL."