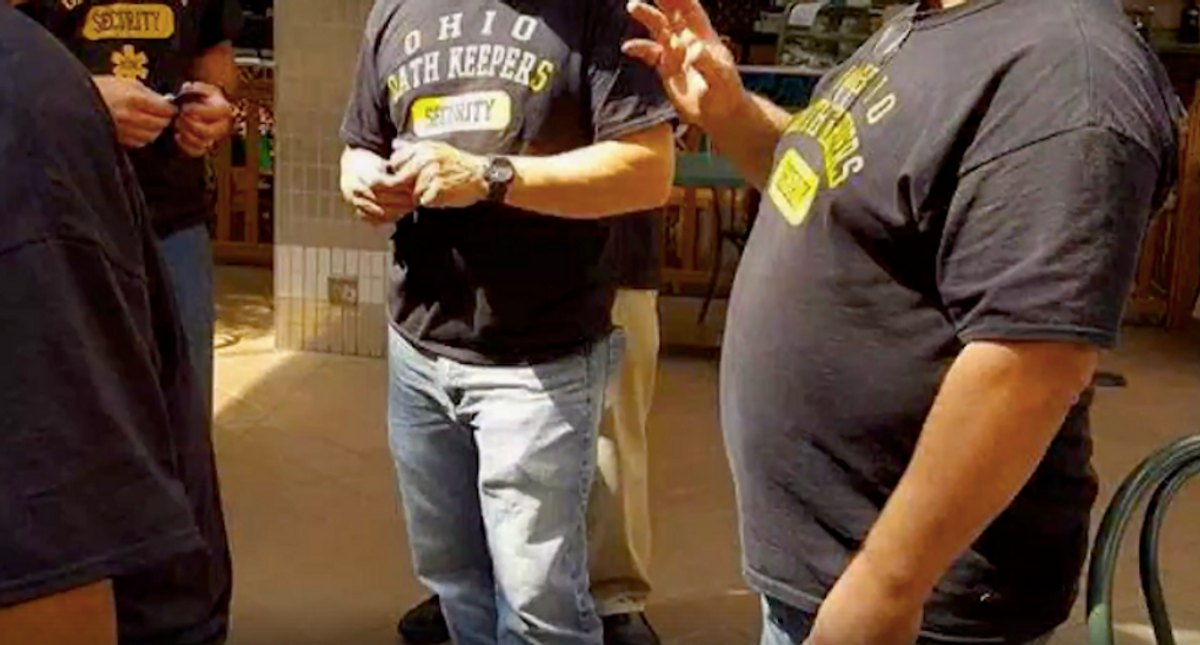 A member of the Oath Keepers militia that took part in the January 6th Capitol riots has pleaded guilty to two charges and will now cooperate with federal prosecutors.

According to NBC 4 Washington reporter Scott MacFarlane, Oath Keeper Jason Dolan, who goes by the nickname "Turmoil," pleaded guilty on Wednesday to charges of conspiracy and obstruction of an official congressional proceeding.

The sentencing guideline for the charges is for between five and six years in prison, although MacFarlane notes that Dolan has also agreed to testify before a grand jury, presumably about the conspiracy that he has just pleaded guilty to being a part of.

Due to his cooperation agreement, no date has yet been set for his sentencing, although prosecutors are due to give a status update on his case to the court before the end of the year.

"Dolan is accused of being part of the military stack that breached the Capitol on Jan 6," writes MacFarlane. "Prosecutors allege Dolan 'maneuvered' his way to front of the mob and pulled on arm of Capitol Police officer who was part of a police line that was trying to hold the crowd at bay."