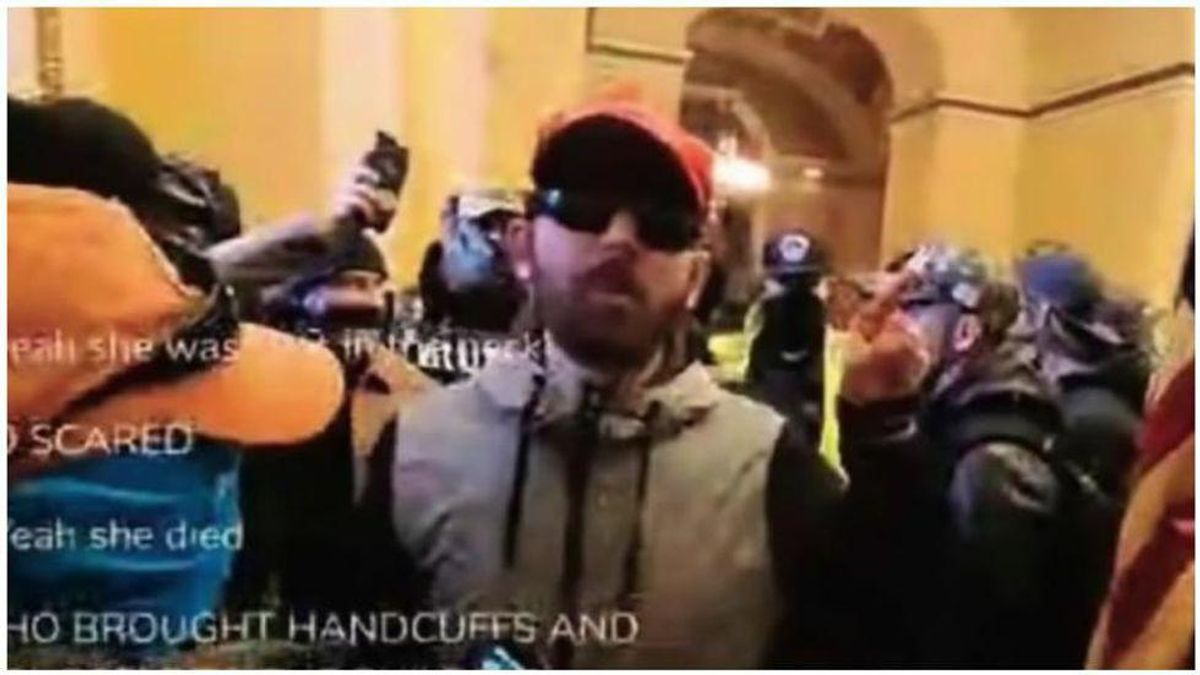 On Tuesday, NBC4 reporter Scott MacFarlane, one of the chief sources for updates on the Capitol rioter trials, reported that a Proud Boy arrested in February for allegedly breaking into the U.S. Capitol on January 6 cited autism as his inability to wear a face mask in compliance with court COVID-19 safety guidelines.

"Let me start with an update on the case of Daniel Goodwyn," said MacFarlane. "You'll recall last week I told you about Goodwyn. During a hearing, Goodwyn told the judge that Goodwyn would not wear a mask, wouldn't wear it in court, and wouldn't wear it when meeting with pretrial services ... the judge kicked back and said, wear the mask or I'll send U.S. Marshals with an arrest warrant. Goodwyn has provided a doctor's note from a former doctor, who says that he treated Goodwyn, Goodwyn appeared to be on the autism spectrum, and that people on the autism spectrum often have problems, have impositions caused by masks."

The judge has reportedly not yet weighed in on this note.

The Proud Boys, a self-described "Western Chauvinist" right-wing group tied to white supremacists and notorious for political street brawls, was heavily caught up in the Capitol insurrection, with several members racking up charges for their involvement in the attack.