'I have found lies and fraud!' Minnesota MAGA rioter tries acting as his own lawyer — and it doesn't go well 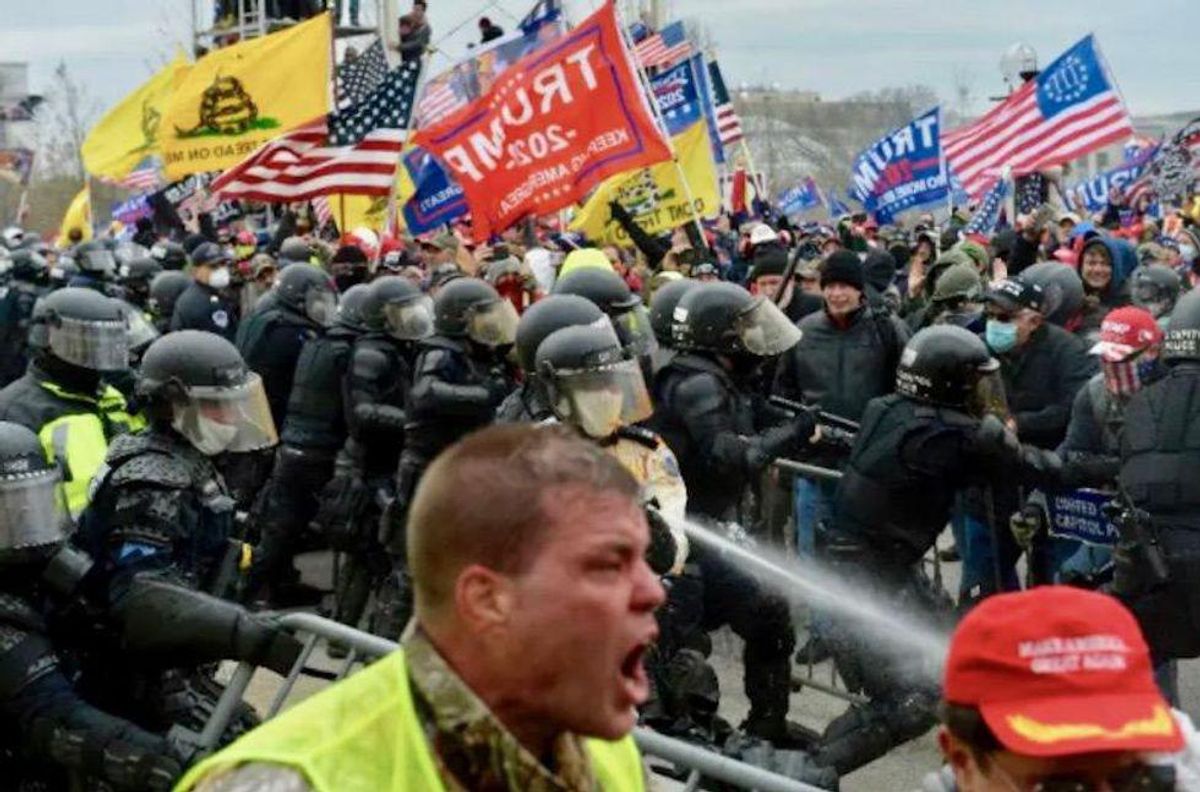 On Tuesday, NBC4 Washington's Scott MacFarlane, a leading reporter covering the trials of the January 6 Capitol attack defendants, reported on the saga of a Minnesota Capitol rioter who decided to represent himself in court — without much luck.

"Brian Mock ... is accused of assaulting police January 6th," said MacFarlane. "He's pleaded not guilty, but is serving time in pre-trial detention. 100 days so far, many of them most recently at the D.C. jail. He told the judge today he wants to represent himself. He says, quote, about the feds, 'I have found flat-out lies and fraud. That's not me being crazy or extreme.' And he asked the judge today to re-open his detention hearing."

The judge, however, told him that he would have to file a new motion for a bond review, which MacFarlane described as "something a lawyer could have instructed Mock about before today's hearing."

Multiple Capitol rioters have reportedly sought to act as their own attorneys, with poor results.

Eric Bochene, an accused rioter from upstate New York, is trying to bill a federal court for his own services as an attorney, including $10,000 per court appearance and a fine of $5 million if he is forced to give "bodily fluids" against his will. Pauline Bauer, a so-called "sovereign citizen" who demanded House Speaker Nancy Pelosi (D-CA) be hanged, has shouted at the judge in her case and demanded authorities "drop all charges against my VESSEL."

Growing number of Jan 6 defendants are seeking to serve as their own defense lawyers. And it’s been …. interesting… https://t.co/BP7xPCLPud
— Scott MacFarlane (@Scott MacFarlane) 1631662535.0