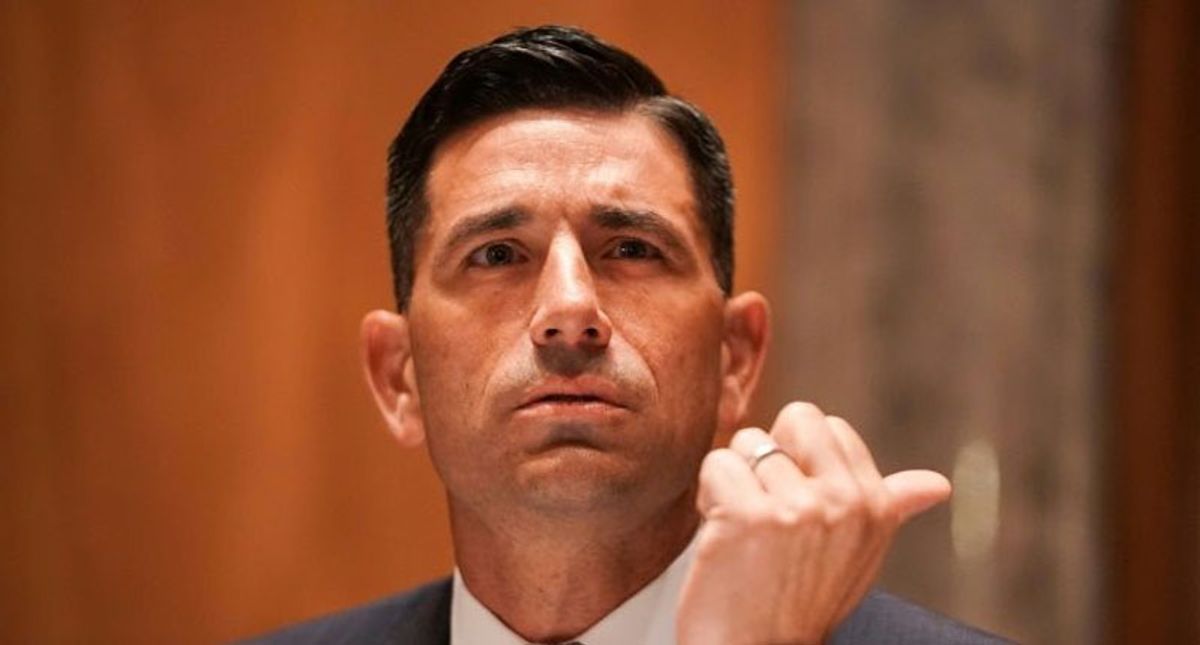 President Donald Trump has withdrawn his nomination of Chad Wolf to be secretary of the Department of Homeland Security.

Wolf, who's been serving as the department's acting chief, issued an official statement at 10:28 a.m. Thursday condemning the violent takeover of the U.S. Capitol by the president's supporters, and his nomination was withdrawn at 11:28 a.m.

"We now see some supporters of the President using violence as a means to achieve political ends," Wolf said in the statement. "This is unacceptable. These violent actions are unconscionable, and I implore the President and all elected officials to strongly condemn the violence that took place yesterday."

Wolf also tweeted out a condemnation of the violent takeover Wednesday afternoon, while the situation was still unfolding.

"Violence in any form is unacceptable," Wolf tweeted. "NO one has the right to attack ANY federal institution regardless of motivation. Violent opportunists at the US Capitol grounds must be held accountable. We have a proud history of resolving our differences through peaceful means."

Violence in any form is unacceptable. NO one has the right to attack ANY federal institution regardless of motivation. Violent opportunists at the US Capitol grounds must be held accountable. We have a proud history of resolving our differences through peaceful means.
— Acting Secretary Chad Wolf (@DHS_Wolf) January 6, 2021

The White House announces that the president has withdrawn Chad Wolf's nomination to be the permanent Homeland Security secretary, hours after Wolf urged the president to denounce yesterday's violence.