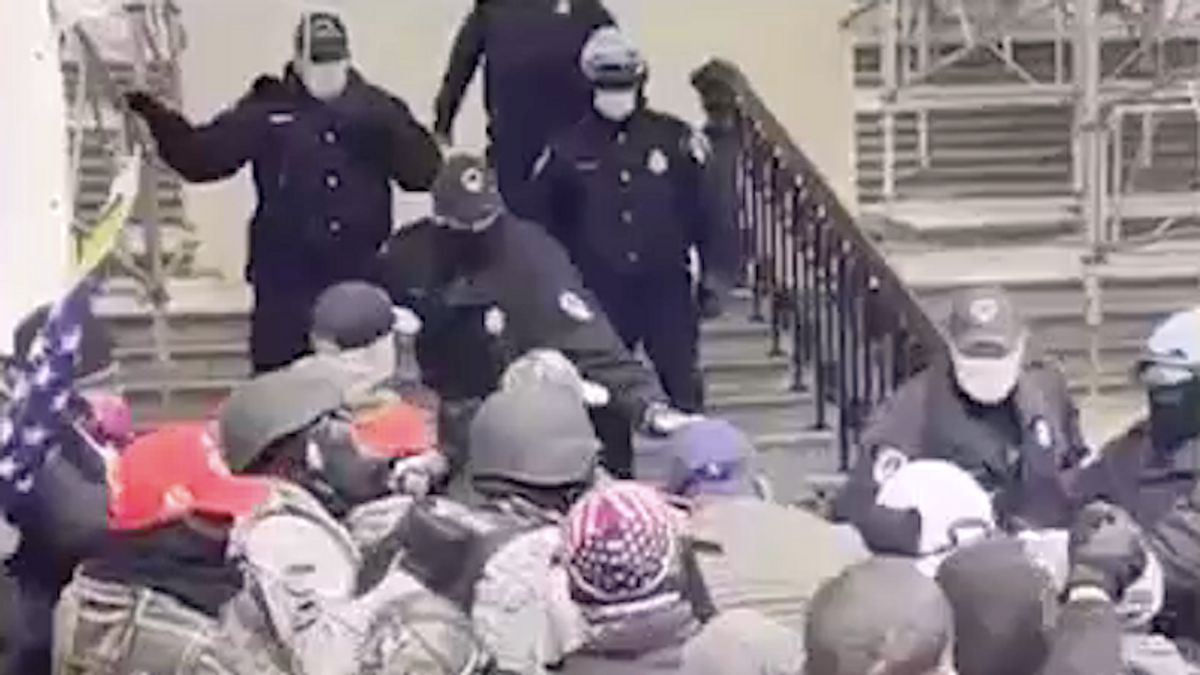 "The first set of video shows the quiet before the storm, showing Charles Donohoe and others associated with Proud Boys getting ready to breach a police barrier," said MSNBC's Scott MacFarlane. "This piece of footage shows him carrying a stolen riot shield with another defendant. That would be pivotal, [because] prosecutors say they used it to breach a window and get into the Capitol."

The new evidence could be used to establish intent as part of a conspiracy case against the Proud Boys militants.

"In this piece of video, prosecutors say someone in the mob says, 'Let's storm the expletive Capitol,'" MacFarlane said. "Somebody else responds, saying, 'Let's not say that out loud, this is the quiet before the storm.' In the third piece of video, you see that group, this group of insurrectionists, the circles here provided by the Justice Department, spotlighting certain defendants as they make their cases."

"That group will vastly outnumber police on the frontlines on the East Lawn of the Capitol and eventually they make their move," he added. "You see the numbers, mob versus police, they start pushing forward with flags, U.S. flags, Trump flags and start exchanging blows. Again, the prosecutors are circling certain people as they try to make arguments in court, but there are chemical sprays deployed, makeshift weapons thrown at police, and eventually this mob overwhelms the police line, gets its first access to the east front of the Capitol."