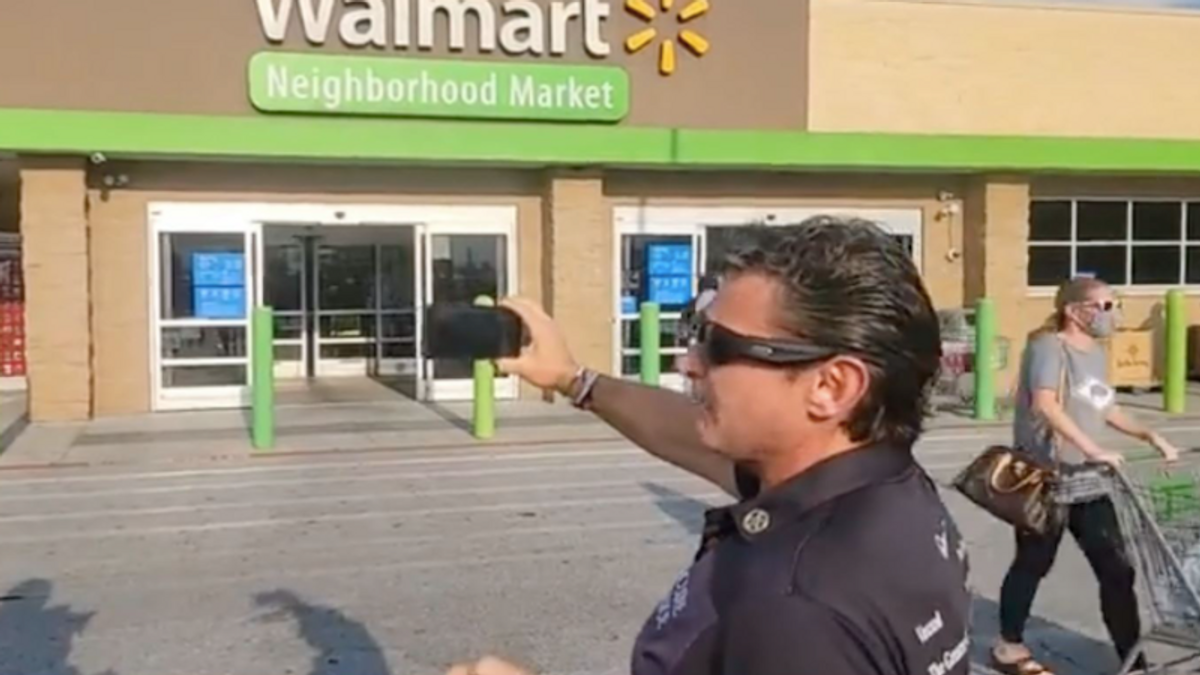 An anti-vaxxer known for pushing "unsupported, dangerous" sports medicines terrified Walmart workers in Missouri after threatening them with execution for distributing coronavirus vaccines.

Christopher Key and other self-described "vaccine police" recorded video streamed live on Facebook as they confronted pharmacy workers at the Springfield store, where workers locked themselves behind the counter after being tipped off ahead of time by a concerned local resident and hid from the bellowing group of about a half dozen, reported the Springfield News-Leader.

The Alabama entrepreneur and his "Missouri crew" taunted the pharmacists for nearly a half hour with false claims about a "sworn affidavit" showing that 45,000 recipients had died within three days of being vaccinated and other debunked conspiracy theories.

"What they're doing here is they're violating the Nuremberg Code," Key bellowed, "and if you allow one more shot to go into one more person's body, you yourself can be executed. It's a violation of the Nuremberg Code. I do this out of love, I'm not trying to give you any fear and intimidation — I'm just letting you guys know that if you continue to do this, that you guys will be held accountable."

"I do this out of love," he continued. "I don't want that pharmacist to be hung up at the stake like it happened to those pharmacists, those medical doctors, those nurses, those clergymen in Germany. That's what happened to those guys when all they did was follow orders. They went to death."

However, Key told police after they arrived his group had come to Walmart to get vaccinated and were refused, but officers told them all to leave -- and the anti-vaxxers started shouting about discrimination and threatening to sue police and the store.

"The police really, I don't know, I think they should have taken it more seriously," said a resident who saw chatter about the planned confrontation on the "417 Freedom Fighters" Facebook group and warned the pharmacy. "I don't know if you could have arrested someone for harassment or the fact that he said 'hung and executed.' I mean, that's a threat."

The woman, who told the newspaper she was afraid to give her name, said she drove to Walmart and warned employees about 20 minutes before Key and his crew arrived.

"I told the pharmacist what was going on and that they were probably going to show up," she said. "(The pharmacist) didn't say very much but immediately you could see the concern on her face. You can just feel that tension in her, and she thanked me and then I walked away because I wasn't going to hang around to see what happened."

She told the newspaper she was glad the demonstrators didn't see her.

"I don't think I had a fear (of violence)," she said. "But, you know, I certainly had concerns... I mean it's just always in the back of my mind that that's a possibility."