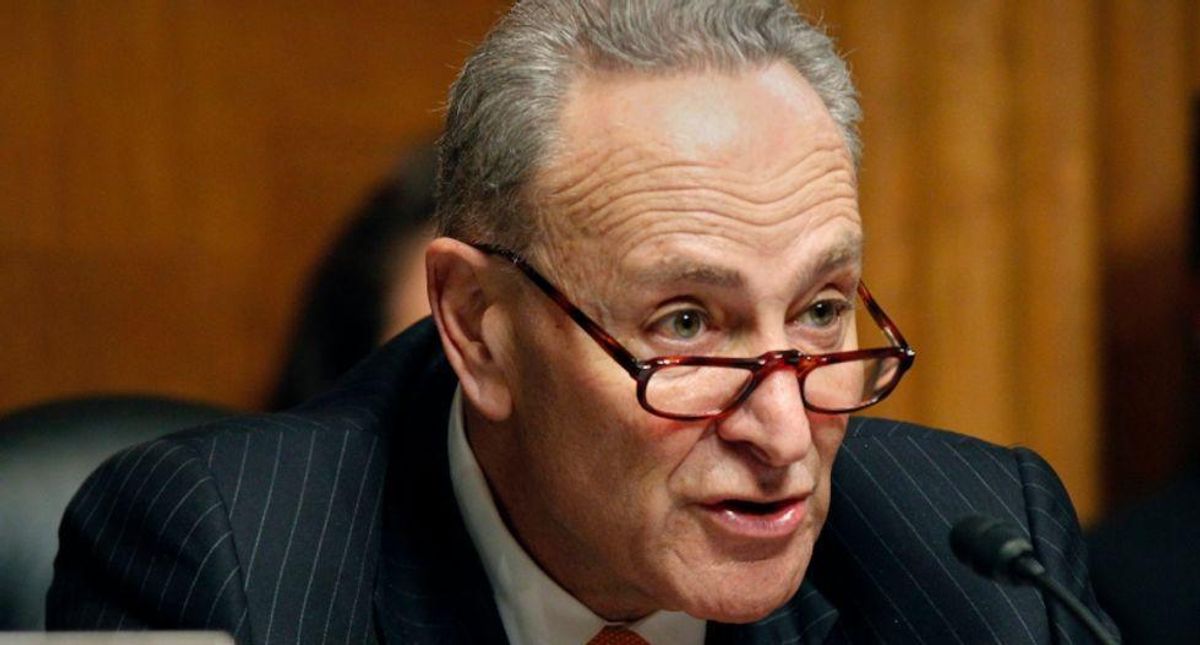 "The Republican leader uses the language and the logic of the southern senators in the '60s who defended states rights, and it is an indefensible position for any senator, any senator, let alone the minority leader to hold," said Schumer. "When John Lewis was about to cross that bridge in Selma, he didn't know what waited for him on the other side. He didn't know how long his march would be. And his ultimate success was never guaranteed. But he started down that bridge anyway. Today Democrats started our march to defend the voting rights of all Americans. It could be a long march, but it is one we are going to make."