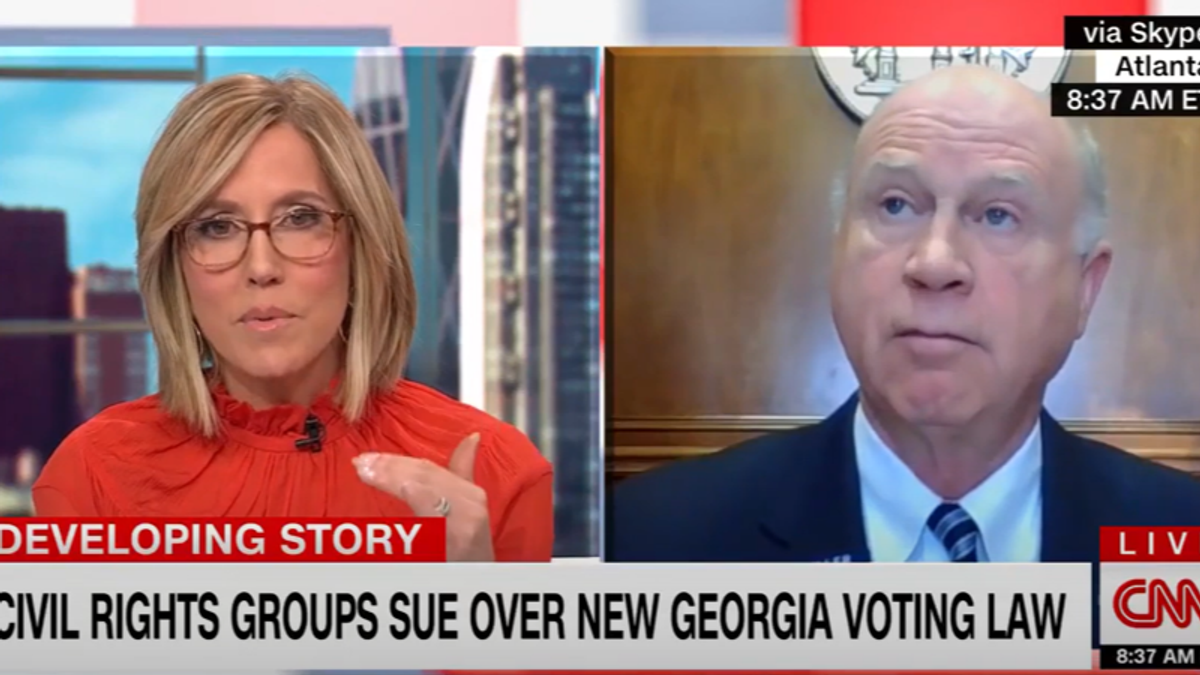 On CNN Tuesday, anchor Alisyn Camerota clashed with Georgia state Sen. Butch Miller as he tried to defend his state's controversial new voting restrictions, which have been characterized by critics as new Jim Crow laws.

"Help those of us outside of Georgia understand why this law, this voting law in Georgia was necessary, and in particular, some of the elements," said Camerota. "Let me dive into some of the ones questioned the most. This law changes — it moves the ballot drop boxes which were so convenient in 2020, I used a ballot drop box myself, inside. Why? Why not keep them in the most accessible position outside?"

"If you are familiar with the ballot drop boxes, you'll know that they were not permitted or codified in Georgia law," said Miller. "The drop boxes were only a function of the pandemic. So drop boxes are popular. We kept drop boxes. We did not outlaw drop boxes."

"Actually, we increased early voting hours by 33 hours over the entire period that early voting is available in Georgia," said Miller.

"The point is that it sounds like, with some of these things, that you are making it less convenient," Camerota pressed him.

"Well, we certainly don't want to make it less convenient," said Miller. "We want to have a clear, accessible, accountable, transparent process for voting in Georgia."