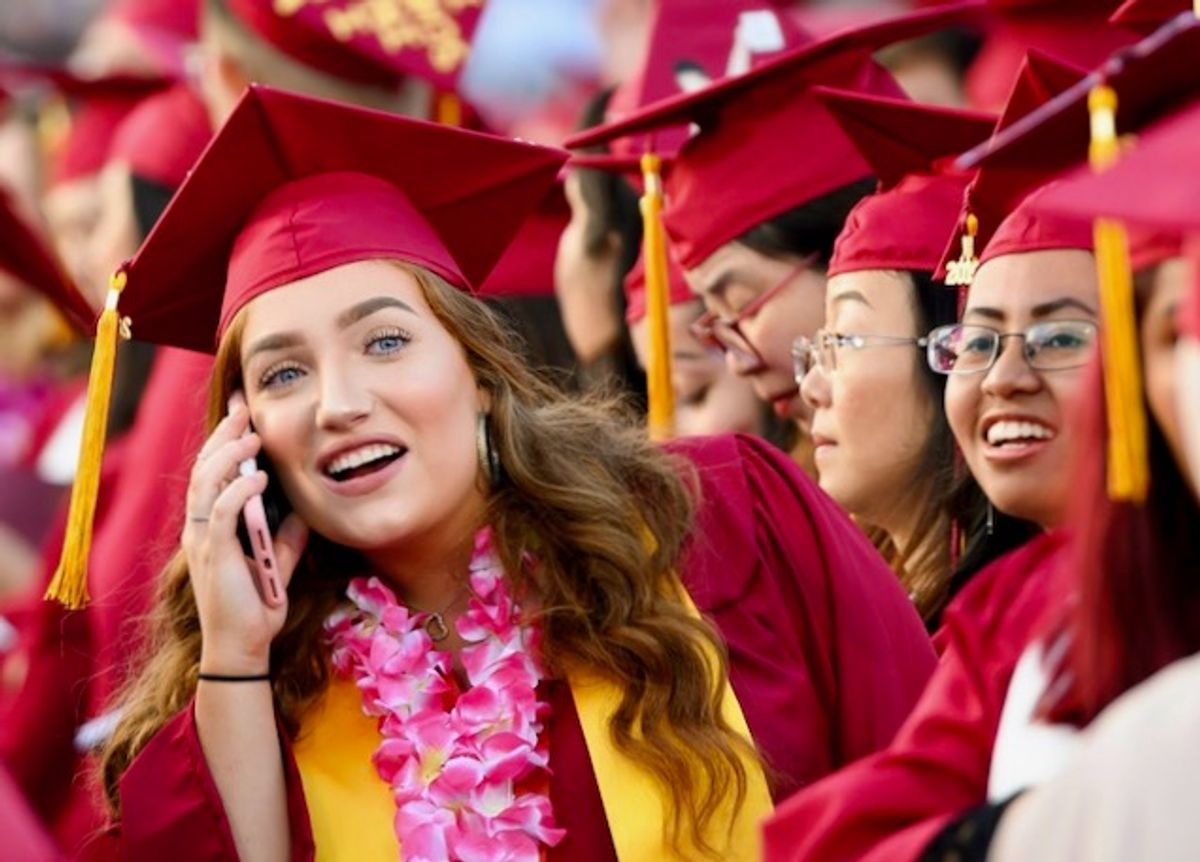 The bill—titled the College for All Act of 2021 (pdf) and funded by a tax on financial transactions in the stock market—would also guarantee tuition-free community college for all and invest $10 billion annually in under-funded education institutions.

Additionally, part of the proposal would double the maximum Pell Grant award to nearly $13,000 and allow students to use the money for living costs and other non-tuition expenses.

"The time is long overdue to make public colleges and universities tuition-free and debt-free for working families."
—Sen. Bernie Sanders

"While President Biden can and should immediately cancel student debt for millions of borrowers, Congress must ensure that working families never have to take out these crushing loans to receive a higher education in the first place," Jayapal (D-Wash.), chair of the Congressional Progressive Caucus, said in a statement.

"The College for All Act will free students from a lifetime of debt, invest in working people, and transform higher education across America by making community college free for everyone and eliminating tuition and fees at public colleges and universities for families making up to $125,000," added Jayapal.

Under the legislation, the federal government would take on 75% of the costs of eliminating tuition and states would cover the other 25%.

Described by Sanders' office as "the most substantial federal investment in higher education in the modern history of the United States," the bill would be funded by a separate measure (pdf) that would impose a 0.5% tax on Wall Street stock trades, a 0.1% fee on bonds, and a 0.005% fee on derivatives. That proposal would raise an estimated $2.4 trillion in federal revenue over the next decade.

Sanders, chair of the Senate Budget Committee, said Wednesday that "in the wealthiest country in the history of the world, a higher education should be a right for all, not a privilege for the few."

"It is absolutely unacceptable that hundreds of thousands of bright young Americans do not get a higher education each year, not because they are unqualified, but because their family does not have enough money," Sanders continued. "In the 21st century, a free public education system that goes from kindergarten through high school is no longer good enough. The time is long overdue to make public colleges and universities tuition-free and debt-free for working families."

The College for All Act is modeled after policy recommendations (pdf) released last year by a unity task force that Sanders and then-presumptive Democratic nominee Joe Biden formed after the Vermont senator dropped out of the 2020 presidential race.

"We strongly support this bill, and encourage the Biden administration to fight for it and to forgive the existing student debt that's an anchor around the necks of millions of workers and holding back our economy."
—Sara Nelson, Association of Flight Attendants-CWA

While significantly less expansive than Sanders' 2020 campaign platform—which called for making public colleges and universities tuition-free for all as well as the cancellation of all student debt—the new legislation has "transformative potential... on par with President Lyndon B. Johnson's Higher Education Act of 1965," the Vermont senator's office argued in a press release.

Sara Nelson, international president of the Association of Flight Attendants-CWA, echoed that message, saying in a statement that "the College for All Act would be transformative for our country, opening pathways to opportunity for millions of aspiring students, including Flight Attendants and our families."

"The skyrocketing cost of college is preventing workers and our families from pursuing our dreams," said Nelson. "We strongly support this bill, and encourage the Biden administration to fight for it and to forgive the existing student debt that's an anchor around the necks of millions of workers and holding back our economy."

The head of the National Education Association (NEA), the largest teachers' union in the U.S., joined Nelson and many other labor and education advocates in endorsing (pdf) Sanders and Jayapal's legislation.

"While broad-based debt cancellation will provide much-needed relief for numerous Americans, it does not solve the college affordability crisis for those who are about to enter into higher education," said NEA president Becky Pringle. "We have to reverse the divestment in higher education and shift the burden of cost away from individuals and families."