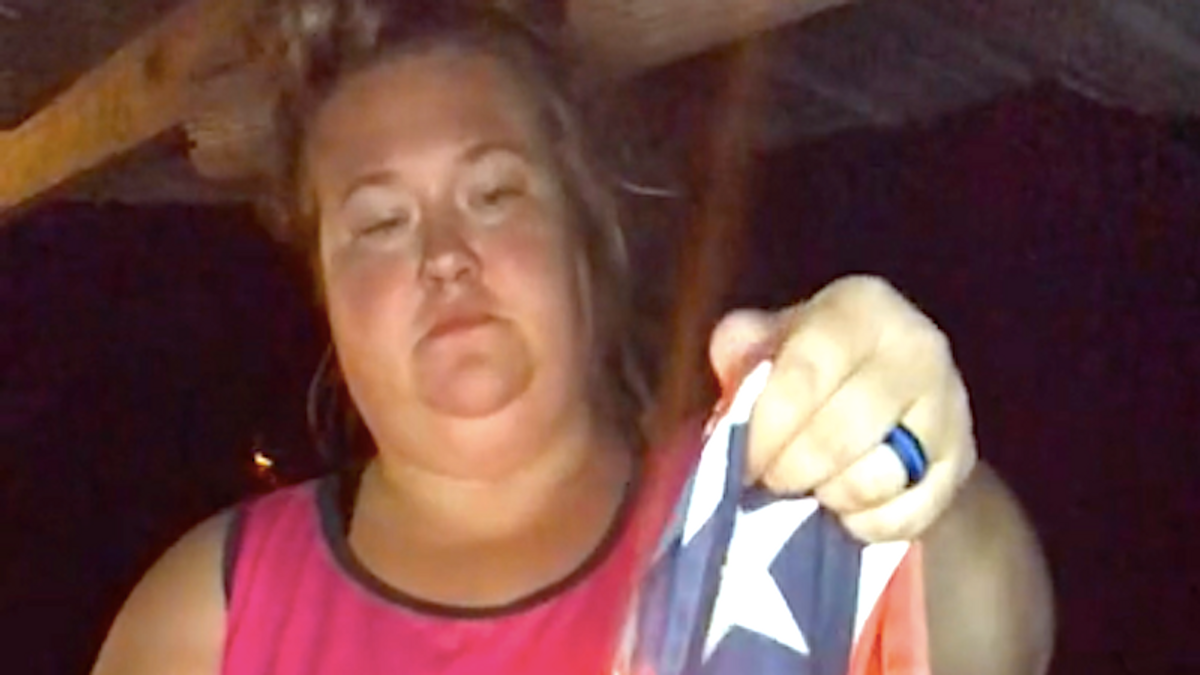 A self-described "redneck" TikTok user recorded herself burning and renouncing the Confederate flag after learning about its meaning.

The woman, whose user name is @TikTok_hates_me__, shared the video Sunday showing herself setting fire to the flag on her porch and then tossing it onto a bonfire in subsequent posts, reported Newsweek.

"I'm sorry I ever showed I was 'racist' from a flag," she says in the video. "We burnt it tonight. I'm sorry our culture taught us this was okay -- it's not. I'm white, I'm redneck, but never racist. RIP to this racist flag."

The Battle Flag of Northern Virginia has come to be the most commonly used Confederate flag from the Civil War, and it has long been used by white supremacists and hate groups to antagonize Black Americans, especially since the Civil Rights era -- which the woman says she only recently learned.

"I don't really remember being taught about it in school," the woman says in a follow-up video. "It wasn't like 'this is the flag' or 'this is what it means,' it wasn't that. I don't remember ever learning about it in school. In the South, everybody flies their flags, so it was more like, 'Well everybody else is doing it so that's something that we should do,' that's really it."