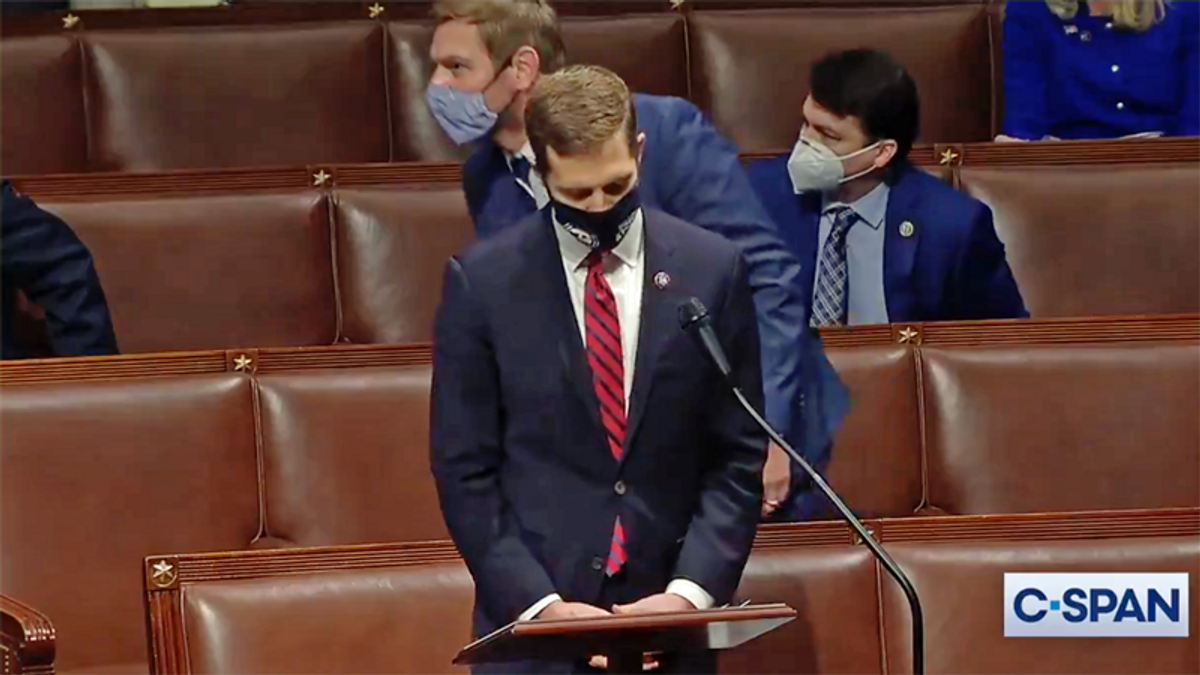 As Rep. Conor Lamb (D-PA) attempted do defend his state as Republicans sought to disenfranchise the Pennsylvania's voters, a scuffle almost broke out on the floor.

The objection was over the question of whether Republicans lie.

Gizmodo's Dell Cameron didn't think it would be much of a fight.

"There will be order in the House." Watch tensions rise on House floor during debate on Pennsylvania… https://t.co/SJcNKljU2K
— CSPAN (@CSPAN)1610003289.0

A Tennessee school board member threw a written temper tantrum after a parent asked whether second-graders should learn about sexism and racism.

Jody Wallace, a mother of two students at Williamson County Schools, emailed school board member Dan Cash to ask why he believed that civil rights were not an appropriate topic for elementary students to learn about, and she was stunned by his reply, reported the Tennessean.

Iran's President-elect Ebrahim Raisi ruled out on Monday a meeting with US President Joe Biden but said there were "no obstacles" to resuming diplomatic relations with Saudi Arabia, Shia Iran's Sunni arch-rival, which have been severed for five years. Raisi added that he will not allow nuclear negotiations for the sake of negotiations, in his first news conference since winning election last week.

Raisi, 60, won Friday's election in which more than half the voters stayed away after many political heavyweights had been barred from running and as an economic crisis driven by US sanctions has battered the country.

In 2020 Marc Short, the chief of staff to then-Vice President Mike Pence, made a fateful decision that paved the way for the politicization of wearing masks. Had he chosen differently there's no question countless lives could have been saved.

Short, who once served as the executive director of the far right Young America's Foundation, "focused on the political and economic implications of the coronavirus response and approached many public health decisions by considering how they would be perceived," The Washington Post reveals. That report comes from a deep-dive into the Trump pandemic response detailed in the new book, “Nightmare Scenario: Inside the Trump Administration's Response to the Pandemic That Changed History," by Washington Post journalists Yasmeen Abutaleb and Damian Paletta.