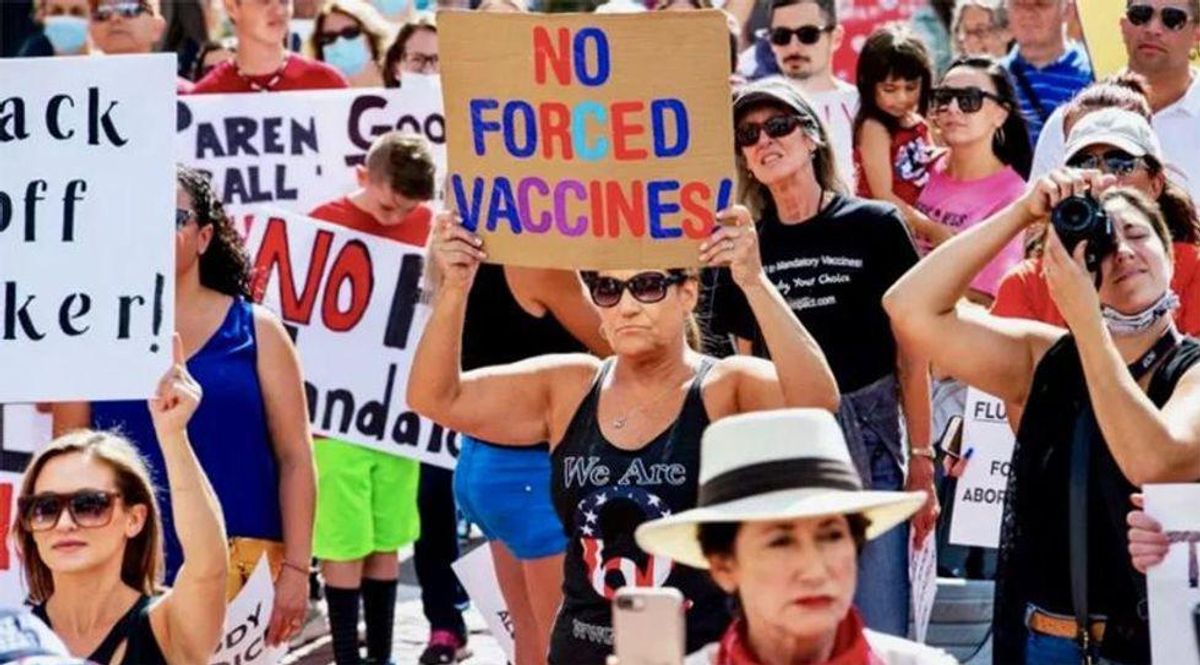 In a piece for the conservative Bulwark, former Republican National Committee spokesperson Tim Miller criticized the notion that herd immunity is just around the corner and will save America from the ravages of COVID-19 and the growing number of variants.

Getting right to the point with a headline labeling the belief "Herd immunity herp derp," Miller singles out various conservative commentators and outlets that have been pushing the theory -- and then pointed out that they're putting the unvaccinated in danger.

Noting the brief history of misinformation that has permeated social media since the COVID-19 pandemic started, Miller wrote, "throughout it all there has been one strategy that was the wrongest. Every piece of available evidence has demonstrated just how wrong it was, how deadly it would have been to fully embrace, and yet it persists among the anti-elite plandemic crowd: natural herd immunity."

"'Herd' became the branché pandemic approach for the contrarian set early on when it was pioneered by the hardy Swedes. The thinking goes like this: The disease should be allowed to spread rapidly so that the herd immunity threshold can be reached quickly—meaning that a high enough proportion of the population, assumed to be somewhere between 60 and 70 percent, has naturally contracted COVID to slow transmission to the uninfected, " Miller reported. "It is a let-the-disease-burn-through-your-population strategy. By summer 2020 it was clear that this approach had failed in Sweden; today that country has suffered almost ten times the deaths per capita as its Scandinavian neighbors, Norway and Finland. So eventually, in fits and starts, the Swedish government moved on to the mitigation strategies more commonly practiced elsewhere in Europe: distance learning, strict limits on gatherings, masks."

One of the outlets Miller bashed in his COVID "Hall of Shame" was The Federalist, whose publisher is the husband of Meghan McCain, with Miller snarking, "The herd immunity hipsters over at the Federalist were the first to the game with their notorious March 2020 article calling for 'chickenpox parties' for COVID. But the blowback from that and the increasing death toll didn't slow their roll. In April 2020, an anonymous 'academic physician and researcher' argued in the Federalist against physical distancing guidelines, making the case for rushing toward herd instead. The author at least had the honesty to concede that 'if we had a vaccine, everything would be different.' That's true: the promise of vaccines undermines entirely the logic of the natural herd immunity argument."

He sarcastically concluded, "For the contrarians, the elusive herd is always right there, just across the horizon. There is no reason to listen to those dastardly, idiot experts. No reason to mask or distance or get jabbed if it impinges on your freedom. Because herd is so close (yet so far away)."