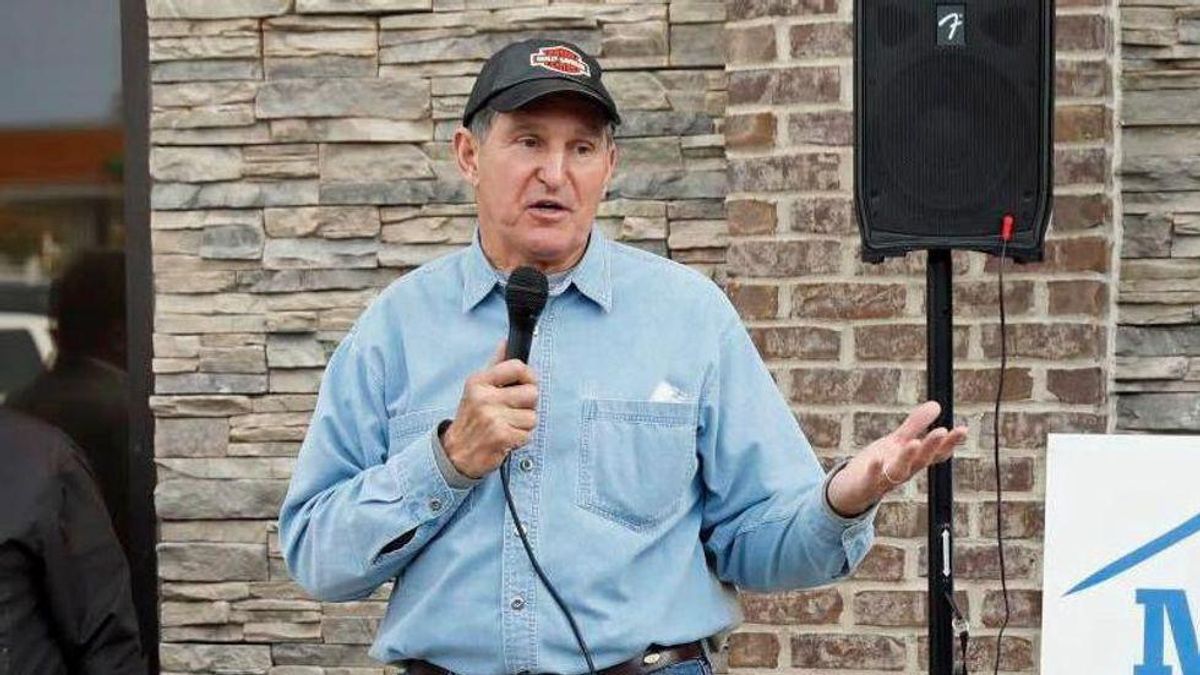 "Let's take H.R. 1 first. He does not state what provisions he likes or doesn't, nor does he suggest what compromise bill might reach 60 votes. So his objection is that Republicans object?" asked Rubin.

She went on to explain that throughout Manchin's career, he has supported many pieces of legislation that weren't bipartisan. The American Rescue Plan, the Affordable Care Act. So, it's clear that Manchin is only picking and choosing which bills he wants to be bipartisan, not applying it uniformly across the board.

At the same time, the state legislation that is being passed to block voters isn't being done in a bipartisan way. In fact, Republican leaders have made it clear that they're doing it to hurt Democratic votes.

Otherwise, he claimed, the state "would've been one of those battleground states that they were counting votes in Harris County for three days and Donald Trump would've lost the election."

"If we'd lost Harris County—Trump won by 620,000 votes in Texas," Paxton told Bannon. "Harris County mail-in ballots that they wanted to send out were 2.5 million, those were all illegal and we were able to stop every one of them." Paxton was falsely calling vote-by-mail applications with actual ballots. They're not.

Now, Texas is working to make it illegal to send out applications unsolicited.

Manchin told Fox News' Chris Wallace that there are at least seven of his Republican colleagues who support pieces of legislation like the voting rights law, but that doesn't seem to add up given that there weren't ten Republican votes to make a bipartisan Jan. 6 Commission.

"It's time for Manchin to put up or share blame for Republicans' subversion of democracy," wrote Rubin. "Let him come up with 10 Republicans for H.R. 4 and for a slimmed down H.R. 1. Let him find four more Republicans to support the Jan. 6 commission. If he cannot, then his thesis that the filibuster promotes debate and makes way for compromise collapses and his role in promoting the tyranny of the minority is laid bare."

She also called on Manchin to announce that if he's comfortable saying what he won't support, he should be willing to spell out what he is willing to accept. She also said that Manchin has a duty to his colleagues to present his own compromise legislation and deliver the 10 Republicans necessary to break the filibuster.

The problem with that, however, is that Manchin has already proven he can't do it. As MSNBC's Rachel Maddow pointed out in March, Manchin claimed that he could craft a bill with Sen. Pat Toomey (R-PA) to address gun safety. They failed. Even after six-year-old first-graders were killed at Sandy Hook Elementary by a gunman, Manchin still couldn't do it.

Rubin went on to ask Manchin where the additional six Republicans were to pass the Jan. 6 Commission.

"And finally, voters and voting rights activists need to confront Manchin civilly and peacefully, but with unrelenting demands for him to justify his position. An array of interest groups hurt by Republican obstruction and assaults on voting rights — e.g., organized labor, seniors, the disabled community — must turn up the heat. Most of all, Capitol Hill police and other law enforcement officials must demand passage of the Jan. 6 commission — or Manchin's agreement to push it through with less than 60 votes. They and the widows of law enforcement personnel killed from the Jan. 6 events need to be omnipresent and unrelenting," she closed.