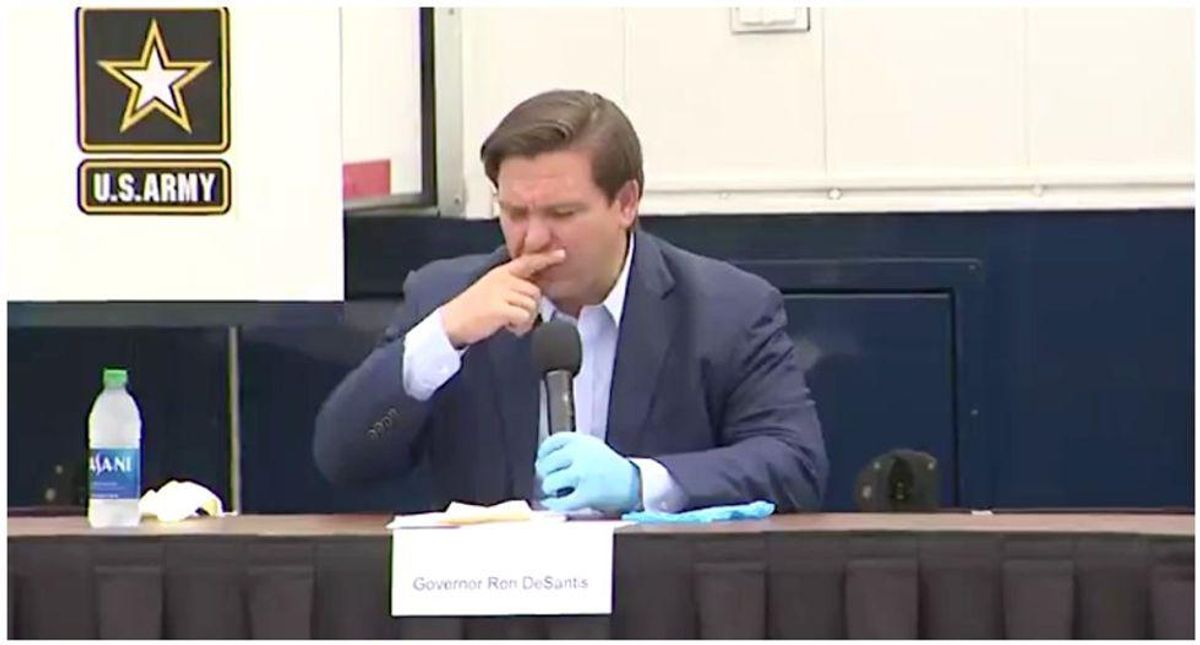 Writing Monday, Boot said that it's time to stop pleading and start mandating, and he cited data showing that 99 percent of those in the hospital with COVID-19 are unvaccinated as justification to start getting tough.

But Boot didn't only lay the dangers at the feet of red states ballooning with COVID-19 cases. He spread the blame around.

"There is vaccine hesitancy among many different sectors of the population, including reckless youths, granola liberals who believe in alternative medicines and African Americans who distrust the health-care system," he wrote. "Some are still persuadable, but many are not. As I've previously noted, the biggest obstacle to vaccination is now Republicans who are being fed a steady diet of anti-vaxxer propaganda by Fox 'News' Channel, Facebook and other social media, and reckless demagogues such as Sen. Rand Paul (R-KY) and Rep. Marjorie Taylor Greene (R-GA)."

The most recent statistics from the Kaiser Family Foundation revealed that just 18 percent of Democrats, perhaps the "granola liberals," refuse to get the vaccine. That is 58 percent for Republicans. Democrats could reach herd immunity with their anti-vaxxers, but Republicans can't.

Boot cited a Washington Post-ABC News poll that found that 86 percent of Democrats had gotten at least one shot where only 45 percent of Republicans have done the same.

"Right-wingers are literally dying to own the libs," said Boot. "In the process they are ensuring that deadly variants will continue to circulate, endangering school reopenings and preventing a return to normalcy. This is madness. Stop making reasonable appeals to those who will not listen to reason."

He urged Biden to make decisions for Americans saying that to fly on airplanes or ride on Amtrak that people must be vaccinated. He noted that the Pentagon hasn't mandated a vaccine, which is why a full third of the military hasn't gotten the vaccine.

"Granted, there are limits to the United States' ability to mandate vaccines because many red-state governors are unlikely to go along," Boot closed his argument. "But even Republicans want to fly on airplanes and visit blue states such as California, Hawaii, Nevada and New York. Vaccine mandates will prove controversial, to put it mildly, but, like seat belt laws, drunken driving laws and motorcycle helmet laws, they will save lives. We should not grant an unreasonable minority the power to endanger public health."

Reza Pahlavi, the son of Iran's last shah, believes the clerical state that toppled his father is on the brink of crumbling. What Iranians need now, he says, is stronger support from the West.

As ultraconservative Ebrahim Raisi was sworn in Tuesday as the eighth president of the Islamic republic, Pahlavi, who lives in exile near Washington, pointed to an election turnout rate of 48.8 percent, the lowest since the 1979 revolution, as well as demonstrations first triggered by serious water shortages.

A police officer was killed at the Pentagon's mass transit terminal Tuesday in an incident that forced the lockdown of the US military headquarters, the Defense Department said.

Employees in the Pentagon building in Arlington, a suburb of Washington, were ordered to shelter in place for more than an hour after gunfire erupted in the bus and subway station just yards (meters) from the entrance.