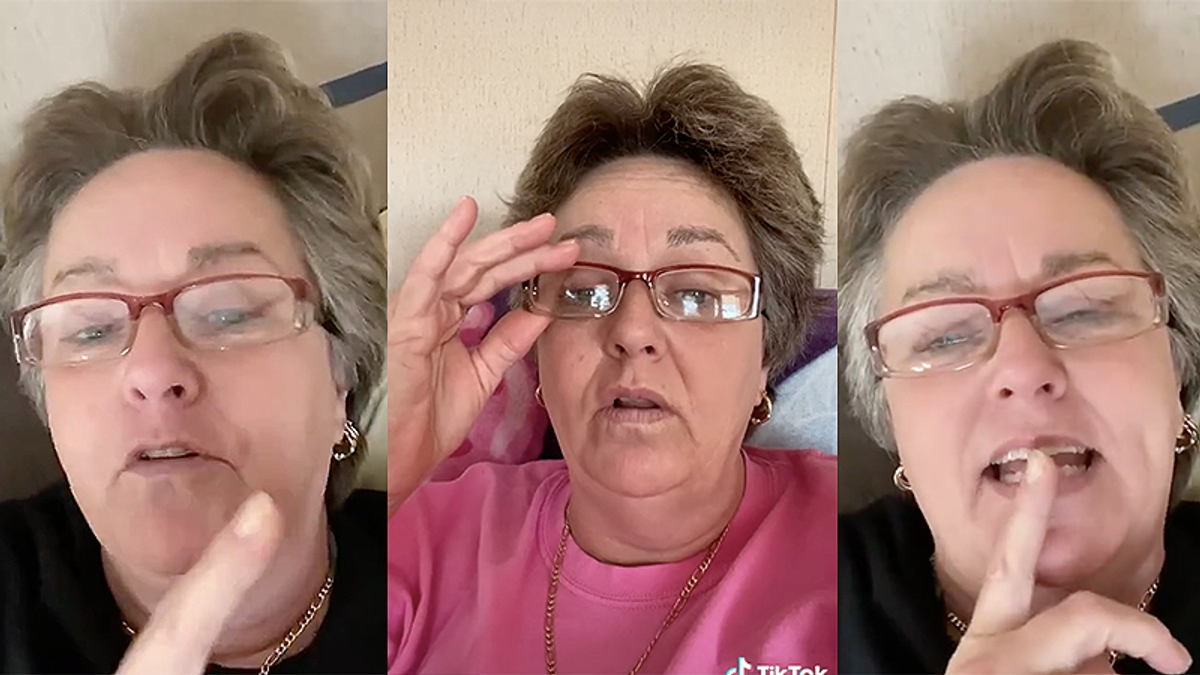 She went on to say that people should "wake the f*ck up."

This isn't her first video to draw attention. In a previous video, she called on friends in the south to send her videos of the freezing storm that hit Kansas, Oklahoma, and Texas that caused a disaster in the Lone Star State.

She explained that she'd seen videos online showing that people can light their snow on fire and that it burns black instead of melting. It's a well-known conspiracy that has circulated for years. In 2014, when a storm hit Georgia and much of the eastern United States, there were shocked people who couldn't understand why the snow wasn't melting when they touched it.

The explanation for the reason this happens, according to an Astronomy.com expert, is that the snow that melts goes back into the snowball instead of dripping out of the snowball. The scorch marks are from the butane chemical in the lighter. But that wasn't enough proof for the woman in the video.

It's unclear how Biden could be a "fake" president and also hurt Texas with fake snow as revenge for not supporting him for the presidency.

See her videos below::