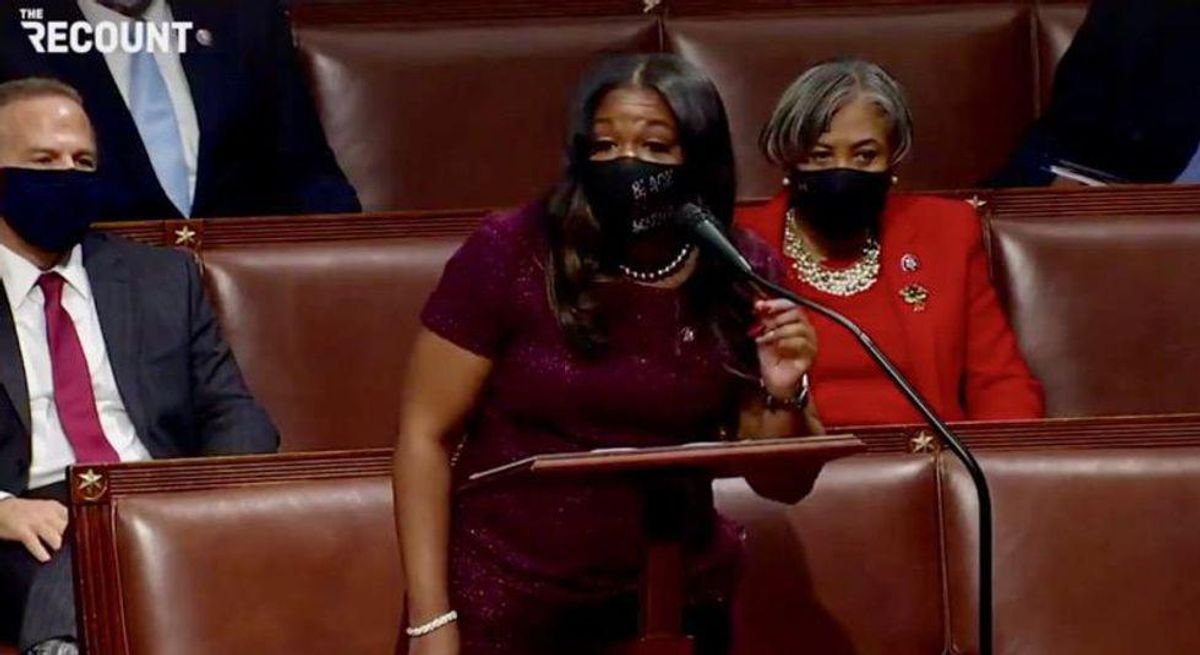 Rep. Cori Bush (D-MO) slept on the Capitol steps for three days to draw attention to the lapsing eviction moratorium, but her hometown newspaper in St. Louis thought her efforts were absurd.

The problem is that is exactly what happened. Now the Post-Dispatch editorial board is being humiliated after the CDC halted evictions in several regions of the United States.

One of the biggest problems is that there are billions of dollars available for landlords and renters, but very little of it has been given to those who need it. Bush said after her victory that she's headed back to the district to help people there access the funds.

Either way, the St. Louis Post-Dispatch should probably hold back on counting out Cori Bush.

@PDEditorial The content here is, amazingly, even worse than the timing. The Post-Dispatch editorial board thinks t… https://t.co/UoGOBqx3ZO
— Andrew Hume (@Andrew Hume) 1628037959.0

@PDEditorial Seriously, how did your editorial board form an *opinion* about how well @RepCori understands federal law
— Walter Thompson (@Walter Thompson) 1628032274.0