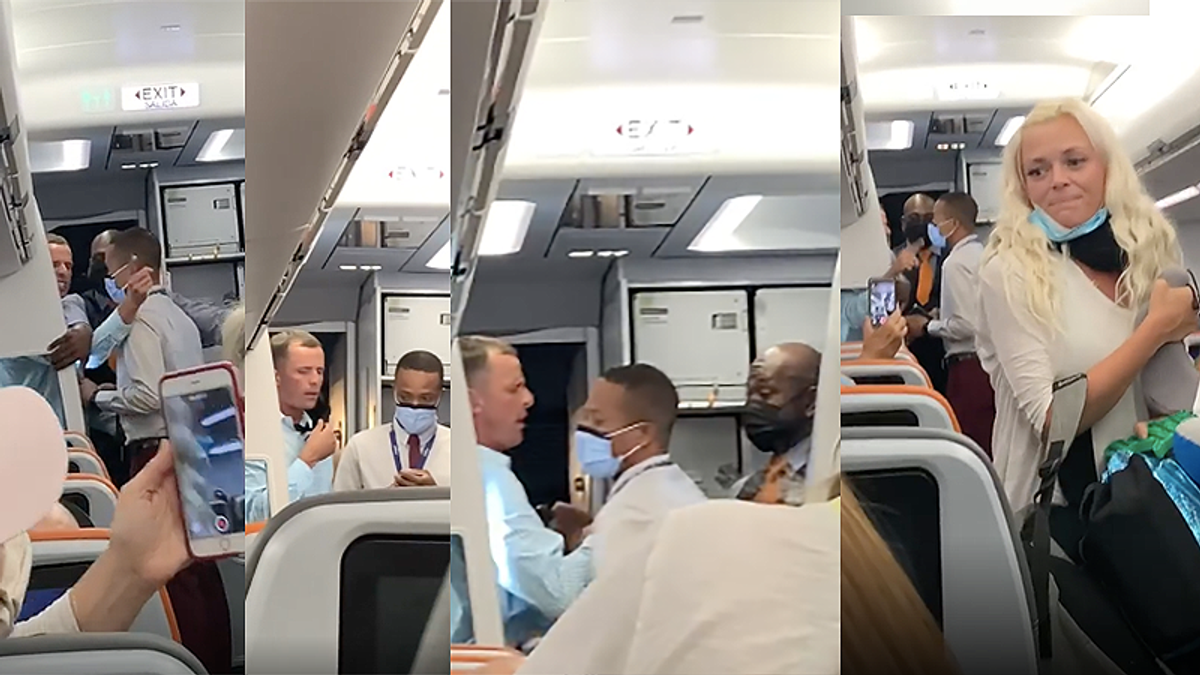 Another video of an irate airplane passenger has gone viral after he and his family were asked to leave a flight over non-compliance with mask rules.

An Instagram user posted a video this week of what she called a "drunk couple" who she claims refused to put their masks over their nose.

"Thanks to the crew for dealing with them really appreciate it!" the post says. "I got the pleasure of boarding the plane behind this family and this lady took a boomerang on the way to her seat, wobbling around so I figured she was a 'lil drunk, her water bottle in her bag was without a top so I told her, the flight attendant told her to fix her sons mask at the entry, which she didn't and her husband and her both had their masks on [but] off the nose the whole time."

That was the point at which the couple apparently was told to leave. The man at the front of the plane then gets into an argument with the flight attendant, swearing and yelling at him.

"Because I pulled it down two inches? This is what you're gonna do?" the man says. It wasn't long after that exchange that he appeared to shove the flight attendant.

The child with them exited the plan and was crying.

He then began demanding that he be able to get his luggage on the plane.

"They're kicking us off and we don't know why," said his wife. "We're Americans."

She claimed that the mask "fell off his face" and "we fixed it, but it wasn't good enough." She then appeared to get emotional when talking about being kicked off the plane. As she exited she said "let it go viral" and "we're going to sue the sh*t" out of the airline.

"Everyone I know's an attorney," she appears to say her name which sounded like "McCarvey" asking the flight attendant "have you ever heard of that?"