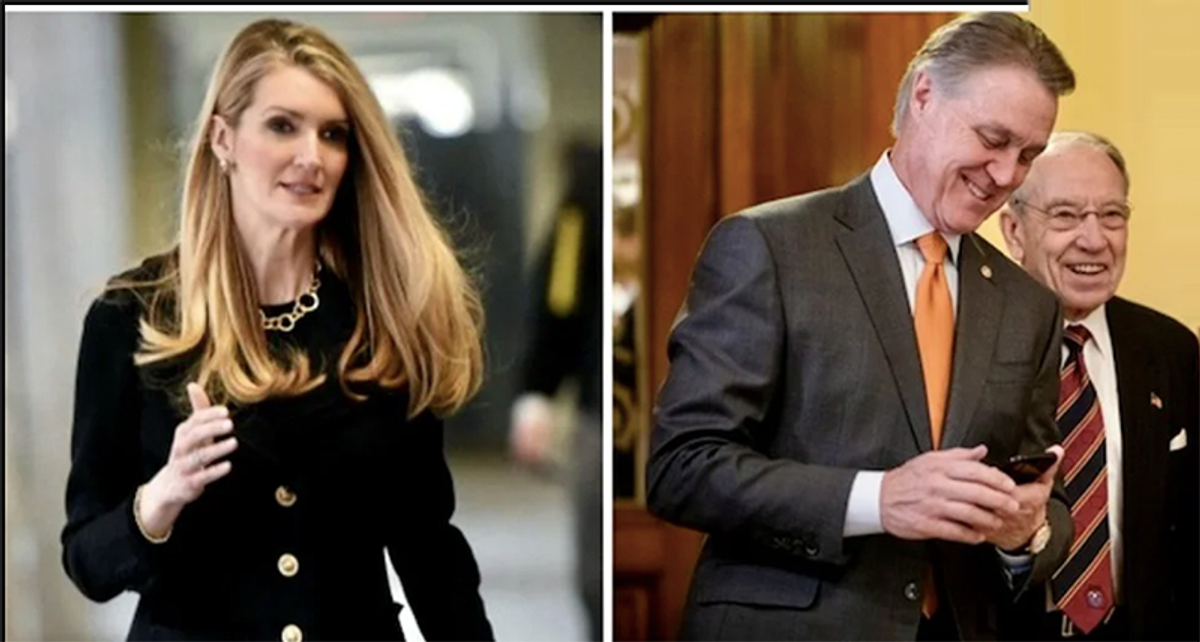 The 11th Circuit court rejected attempts by Sens. Kelly Loeffler (R-GA) and David Perdue (R-GA) to disenfranchise Georgia voters when the state has already gone to the polls.

According to Democratic elections attorney Marc Elias, the court rejected the case, Sunday that sued Republican Secretary of State Raffensperger. The claim concerns the signature-matching process for absentee ballots.

The decision says that the "campaigns alleged that certain counties have a 'disproportionately and unprecedentedly low number of absentee ballots that are rejected,' which they say may be a result of their signature matching process. They claim this leads to absentee ballots that should be rejected being counted, resulting in the dilution of valid votes."

The judge in the case explained that the campaigns "have failed to make a strong showing that they have standing to bring their constitutional claims because they have failed to demonstrate that any alleged injury is traceable to, and redressable by, the State. Accordingly, the Campaigns' emergency motion for a stay or injunction pending appeal is DENIED."