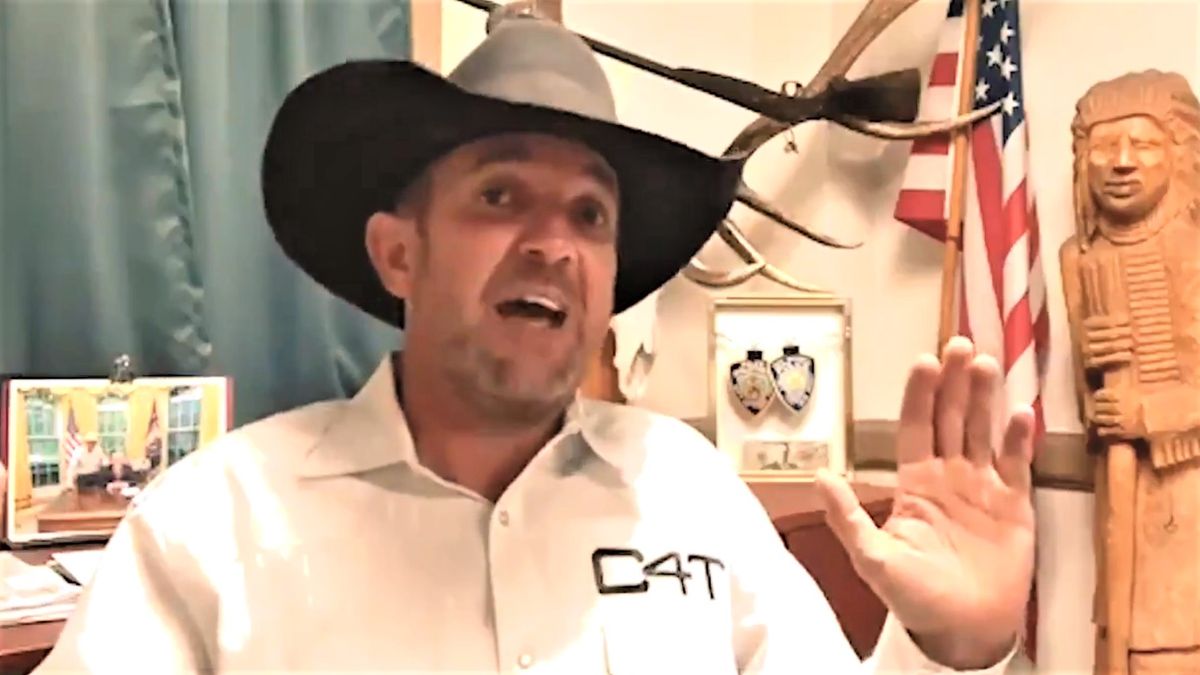 Couy Griffin, the founder of the "Cowboys for Trump" organization, has been arrested by the FBI after he vowed to return to the United States Capitol building carrying guns.

CBS News reports that Griffin was charged with illegally trespassing in the Capitol building during the infamous January 6th pro-Trump riots that resulted in the deaths of five people.

"I'm gonna be there on January 20th... and I'm gonna take a stand for our country and for our freedoms," Griffin said during an Otero County Board of Commissioners meeting. "I'm gonna leave either tonight or tomorrow. I've got a .357 Henry Big Boy rifle lever action that I've got in the trunk of my car and I've got a .357 single action revolver, the Colt Ruger Vaquero that I'll have underneath the front seat on my right side and I will embrace my Second Amendment."