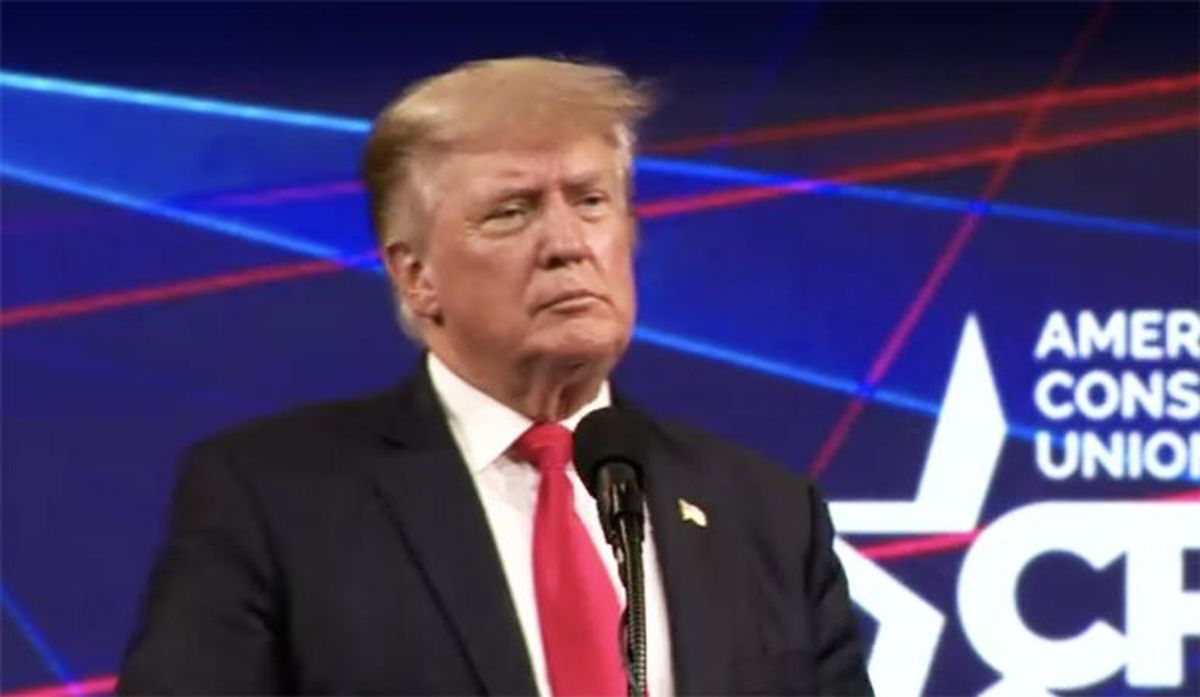 Appearing on CNN's "New Day," former Republican congressman Charlie Dent (R-PA) hammered the annual CPAC gathering that took place in Texas this past weekend, bluntly calling the confab a "freak show" that is not representative of mainstream conservatism.

Speaking with hosts John Berman and Brianna Keilar, Dent said he was both appalled and despondent at what he witnessed while noting that when he was still serving in the House, he refused to attend and be tainted by the extremism he saw there.

After watching a clip of a CPAC panel disparaging efforts to get Americans vaccinated against COVID-19, the former lawmaker went off -- while also questioning the straw poll taken at the get-together that anointed Donald Trump as the attendee's preference in the 2024 presidential election.

"This CPAC has always been kind of an odd gathering and now it's been taken over by a bunch of radicals, anti-vaxxers," he began. "It's a land of misfit toys, it's a political freak show, it's like the Star Wars bar. This is just bizarre."

"The fact that we're celebrating that we're not meeting our vaccination targets is actually reprehensible, we all know this," he continued. "I can't imagine -- serious people are not showing up to this thing. I mean, look what happens. they have their stupid straw poll and have a ranked-choice straw poll too apparently now. But this whole group it's not serious and one doesn't know if you should laugh or cry or be alarmed about what we're watching and witnessing at these CPAC gatherings."

"I stayed away from them when I was in Congress," the conservative added. " I never wanted to be associated with some of the types who showed up there, but again, it says a lot that serious aspirational presidential [Republican] candidates weren't there."