DALLAS — Volunteers for a right-wing organization at the Conservative Political Action Conference spent Sunday morning promoting an "official" event featuring a speech Rep. Matt Gaetz, R-Fla., posting signs sponsored by a group called "Look ahead America" — though a CPAC official told Salon the event was never sanctioned at all.

The conference sought to distance itself from the embattled Congressman by confiscating several signs and handouts for the speech, which read "join Look Ahead America's official CPAC event featuring Representative Matt Gaetz and Colonel Allen West." 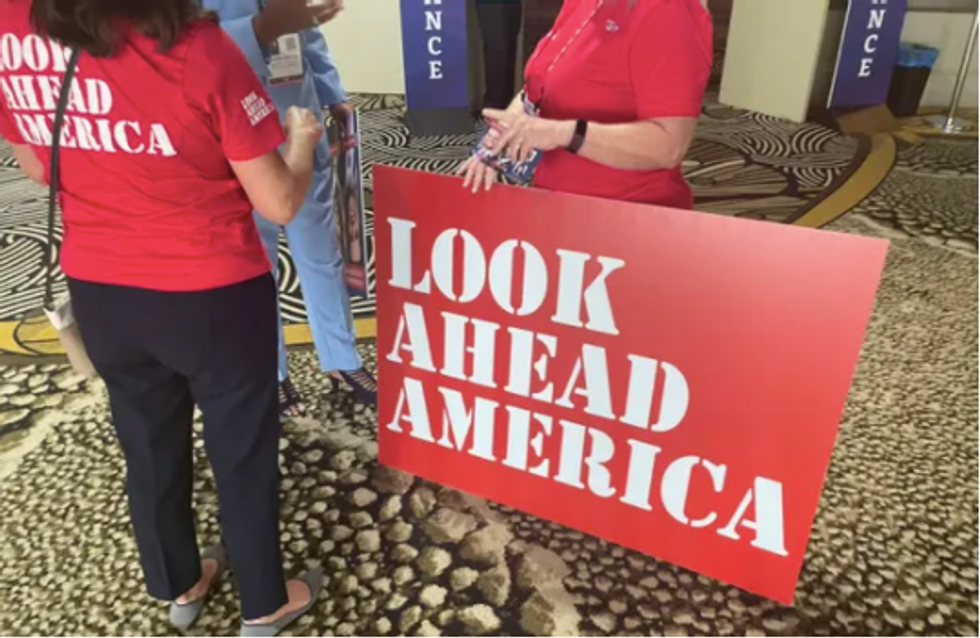 The conference took action against the unsanctioned event, which was being held in a different section of the Dallas Hilton Anatole than the rest of the conference, after CPAC Executive Director Regina Bratton said she received questions from Secret Service agents preparing for an appearance by former President Trump.

The whole debacle kicked off just before noon on Sunday, when security personnel approached a "Look Ahead America" volunteer holding a sign which read, "Matt Gaetz & Allen West Event," with a large arrow pointing attendees outside of CPAC's security checkpoint and into a second-floor ballroom at the hotel.

Moments later, "Look Ahead America" organizers attempted to leave the booth area at the conference only to have another one of their signs promoting the event seized.

A Look Ahead America official brushed off the signs being taken, telling Salon they hadn't had previous contact with any CPAC officials. In a subsequent tweet, Matt Braynard, the executive director of "Look Ahead America" called CPAC's statement a "100% lie."

"It is an official #CPACTX event. @LookAheadOrg is a CPAC sponsor and the room/event was part of our sponsor package. SecretService said we couldn't have signs near the main ball room due 2 security. @mattgaetz and @AllenWest gave great speeches!"

The unsanctioned event was headlined by Gaetz, who is under investigation by the FBI over allegations he violated federal sex trafficking laws and maintained a sexual relationship with a minor. He was, notably, not listed as a speaker on any official CPAC schedule, though Salon spotted the embattled lawmaker palling around the conference all weekend long.

Gaetz, when approached about the conference claiming it did not recognize his event, said, "Well, I spoke at noon," adding, "there were a lot of people there, I spoke." 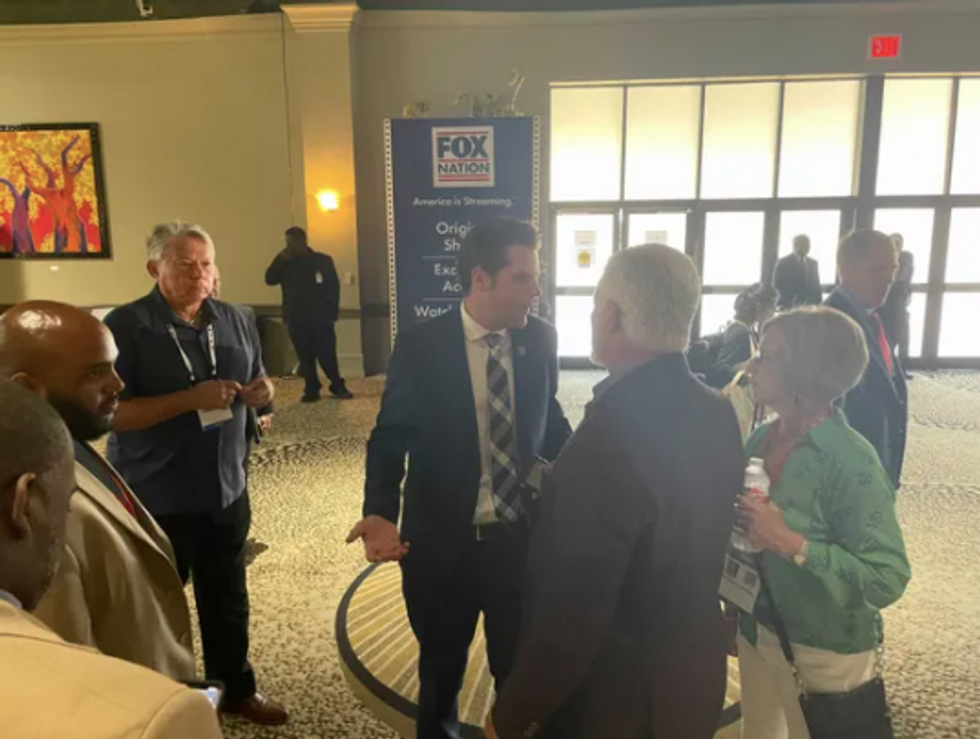 The dust-up isn't the first time Gaetz has found himself persona non grata by event organizers recently — earlier this week a hotel in California canceled an event the Congressman was planning with fellow Rep. Marjorie Taylor Greene, R-Ga.

"As soon as we found out who the speakers were we immediately canceled it," the hotel's manager told the Orange County Register. "We just thought it would be best for our facility to cancel."

Look Ahead America also has a history of thumbing its nose at CPAC organizers — in February, the organization promoted and attended white nationalist Nicholas Fuentes' far-right gathering, "America First Political Action Conference (AFPAC)," which was created as a separate, rival conference to CPAC.

One of CPAC's "participating sponsors" says they will be tabling at "CPAC Central" while also attending Nick Fuente… https://t.co/VP8u1pwVTf
— Zachary Petrizzo (@Zachary Petrizzo) 1614269566.0