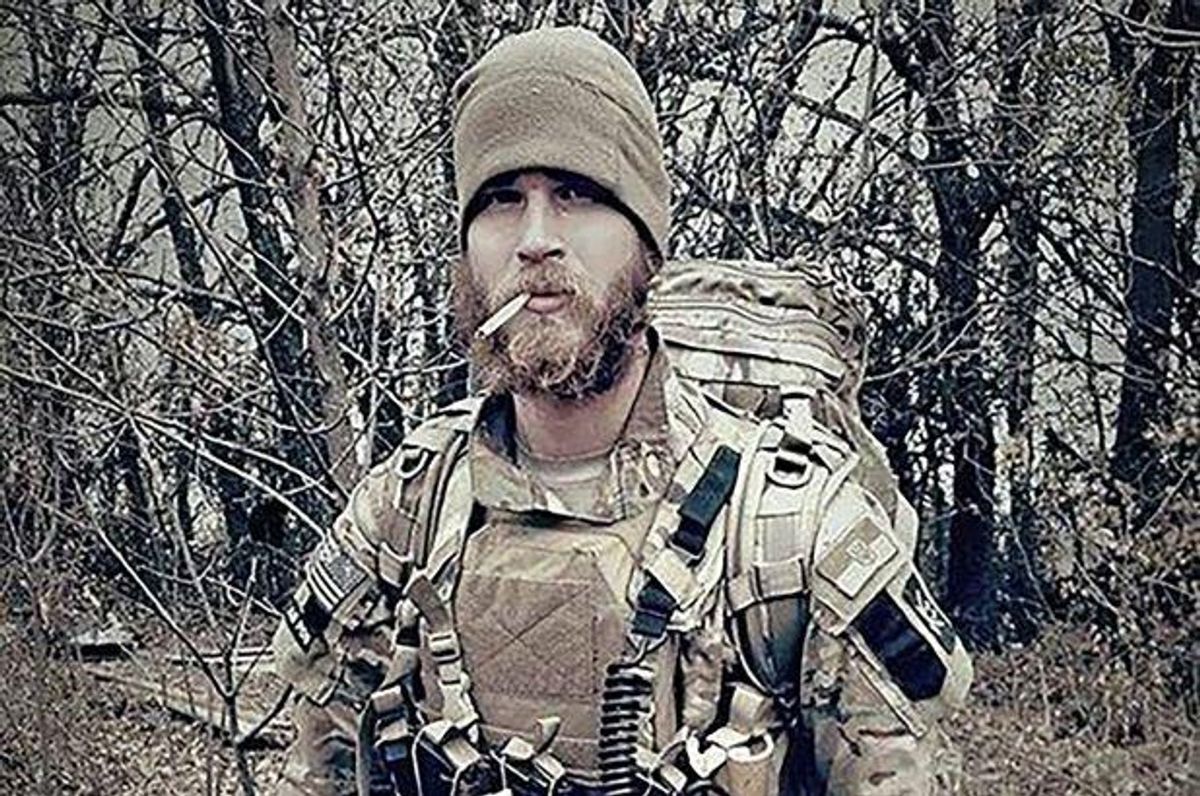 The US government will waive the death penalty against a former US soldier who is fighting extradition from Ukraine to face federal charges in connection with the 2018 murder of a couple in southwest Florida.

Craig Lang, along with Alex Zwiefelhofer, who is in US custody, is accused of killing the couple during a late-night rendezvous off the interstate south of Fort Myers as part of a plot to raise funds to pay for a military expedition to overthrow the Venezuelan government.

Bjorn Brunvand, Lang's court-appointed lawyer, appeared via Zoom for a status hearing held by a federal judge in Fort Myers today. Brunvand told Judge Sheri Polster Chappell it's difficult to predict when, if ever, Lang will be in US custody.

"We've made inquiries about that," Brunvand said. "It's really unknown how long it will take for the court to rule. My understanding is the extradition order is stayed pending a ruling [from the Ukrainian courts]."

A former soldier with combat experience in Iraq, Lang joined the ultranationalist militia Right Sector in 2015, taking part in the war against Russian separatists. Lang was a considered a mentor to many younger American volunteers, some of whom sought combat skills that they could put to use in service of white supremacist insurrection in their home country.

One aspiring combatant who contacted Lang was a South Carolinian named Jarrett William Smith, who contacted Lang in June 2016 through Facebook, seeking advice about joining Azov Battalion, another ultranationalist formation. Smith was arrested in an FBI sting in 2019 after sharing information about how to make IEDs and encouraging an assassination plot against former US Rep. Beto O'Rourke. Smith is currently serving a two-and-a-half-year sentence at USP Marion in Illinois.

During his time with Right Sector, Lang met Alex Zwiefelhofer, another American soldier who joined the militia after going AWOL from Fort Bragg in North Carolina. When the fighting in Ukraine reached a lull, Lang and Zwiefelhofer hatched a plan to travel to South Sudan to fight al-Shabaab, but they were detained at the border by Kenyan authorities, and deported to the United States. Lang harbored a dream of assembling a mercenary outfit, and he and Zwiefelhofer started making arrangements to travel to Venezuela in the spring of 2018 to overthrow the government of Nicolas Maduro, according to US court documents.

Lang and Zwiefelhofer are accused of arranging luring a Florida couple, Serafin "Danny" Lorenzo and Deana Lorenzo, to a nighttime rendezvous at commercial plaza off the interstate south of Fort Myers. The couple hoped to buy guns from the sellers, and then turn around and re-sell them at a profit. Instead, when Danny stepped out of the truck and walked around to the passenger side, he was killed in a hail of bullets, according to the investigation by the Lee County Sheriff's office. Deana, who was seated in the passenger seat of the truck, was also fatally shot. Deputies determined that two shooters carried out the execution-style assault, one firing from the rear into the back of the pickup truck and the other firing towards the front passenger side of the vehicle. Crime scene technicians recovered more than 63 shells around the vehicle. The two men fled east across the Everglades on a section of Interstate 75 known as "Alligator Alley," according to government documents.

For reasons that are unclear, Lang and Zwiefelhofer did not follow through on their plan to travel to Venezuela. Investigators determined that Lang sold some of the firearms components to a pawnshop in Seattle more than a month after the Lorenzo murders, and Zwiefelhofer returned to stay with his father in northern Wisconsin. According to government documents, Lang flew to Bogota, Colombia in September 2018 and planned to cross into Venezuela, but that plan didn't materialize either. In November 2018, the US Department of Homeland Security tracked Lang flying from Bogota to Madrid. A month later, Lang was back in Ukraine, according to an American expatriate who spoke to the FBI at the US embassy in Kyiv.

During the status hearing in Fort Myers today, Assistant US Attorney Jesus M. Casas told the court that the government has agreed to waive the death penalty in Lang's case in an attempt to overcome hurdles in the extradition process. The death penalty has been abolished in Ukraine.

However, Casas indicated that the US government is still seeking the death penalty against Zwiefelhofer, who has been in US custody since September 2019.

Zwiefelhofer and Lang were indicted on multiple counts related to the deaths of Danny and Deana Lorenzo, including use a firearm during and relation to a crime of violence and interference with commerce by robbery. In December 2019, a grand jury handed returned a superseding indictment, adding new counts for conspiracy to kill, kidnap and maim persons in a foreign country and violation of the Neutrality Act. The additional offenses required approval by the US Justice Department before they could be presented to the grand jury.

As part of the government's allegation that Lang and Zwiefelhofer conspired to overthrow the Venezuelan government, Casas wrote in a December 2019 court filing: "In furtherance of the conspiracy, Lang: (1) discussed with others the plan to fight the Venezuelan government to kill people, (2) obtained firearms, ammunition and other military equipment that he planned to take to take to Venezuela for the purpose of fighting against the Venezuelan government, (3) traveled from the state of Arizona to the state of Florida with firearms, ammunition and other military equipment; and (4) committed an armed robbery of $3,000 in US currency from [Serafin Lorenzo Jr.] and [Deana Lorenzo] to fund their travel to Venezuela,"

In Ukraine, Lang has been celebrated as a hero of the country's struggle to retain sovereignty against Russian aggression, with Right Sector fighters accompanying him to court in a show of solidarity, according to a recent report in Buzzfeed. And Lang has become increasingly conspicuous about his extremist orientation; photos of him appearing in court show a patch on the sleeve of his coat with the number "88" — a widely understood code for "Heil Hitler."

Casas told Judge Chappell today that the government is pursuing Lang and Zwiefelhofer's case on separate tracks given the uncertainty surrounding Lang's status.

Zwiefelhofer's lawyers told Chappell they need more time to travel to meet potential witnesses, gather documents from multiple government agencies and confer with their client, and the court granted a six-month continuance, putting the defendant on the docket for the December 2021 trial term.