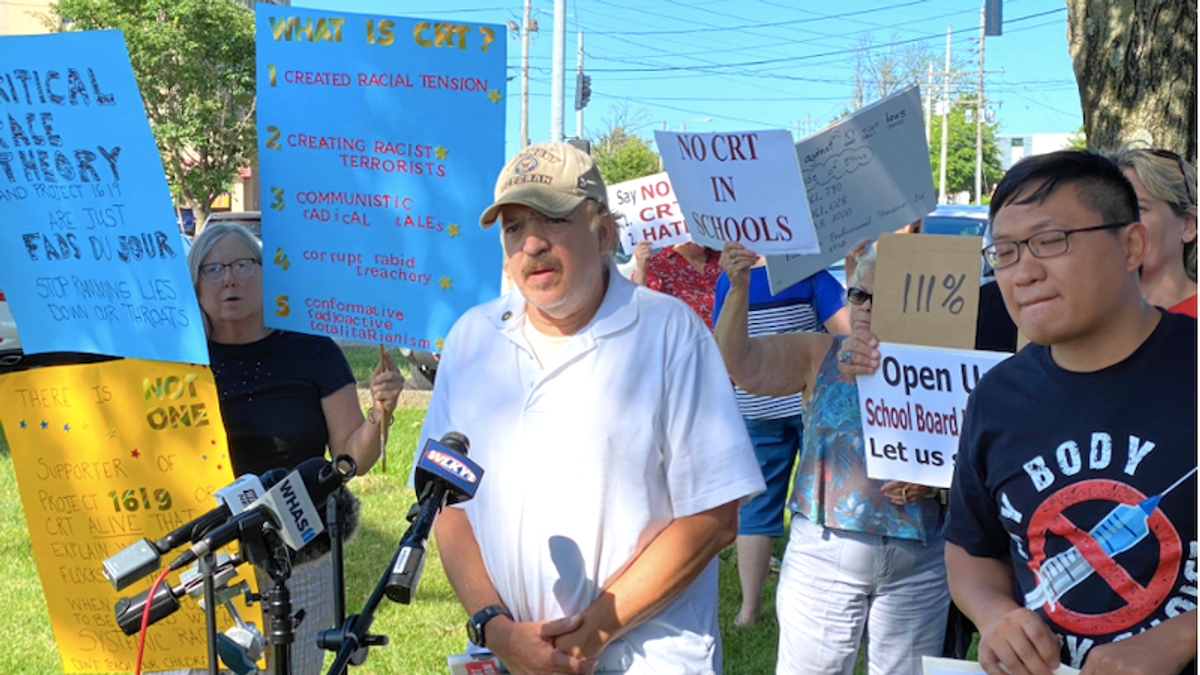 The academic theory, which seeks to untangle historic racism embedded in the nation's laws and institutions, is rarely taught below the college level, although some parents believe the district's now-shelved proposal for a Black studies elective course is the same thing Fox News has been hyping for months.

"I think what we saw this evening is the outgrowth of pervasive misinformation," board member Corrie Shull told reporters after the meeting broke up, saying that some parents see equity "as a threat to their existence, as a threat to their flourishing."

Shull asked the district's chief data officer to define equity at the start of the meeting, and protesters began shouting, "All kids matter!

Board chairwoman Diane Porter attempted to regain control of the meeting but was shouted down, causing her to call a five-minute recess less than 30 minutes into the session.

"I do not want to hear your comments," Porter told the shouting protesters.

About 20 protesters stormed out of the meeting muttering about "white kids."

"Enough is enough," one demonstrator said.

The rest of the meeting continued without incident, while protesters carrying various signs, some alluding to the anti-government "3 Percent" militia whose members took part in the Jan. 6 insurrection at the U.S. Capitol and others protesting against coronavirus vaccines.

Extremist groups have long used social upheaval -- including, more recently, the COVID-19 pandemic, Donald Trump's efforts to overturn the election and nationwide protests over racist police violence -- as recruitment tools, and the conservative movement has for decades pushed moral panics about education for the same reason.

"We don't see color of skin," said one demonstrator, who insisted she was not racist before asking a Black reporter unprompted whether he believed he deserved reparations.

Another white woman took to the microphone to tell her fellow protesters she'd traveled to Africa four times, which she said was probably more than most Black Americans.

"I am amazed by the Africans," she said.