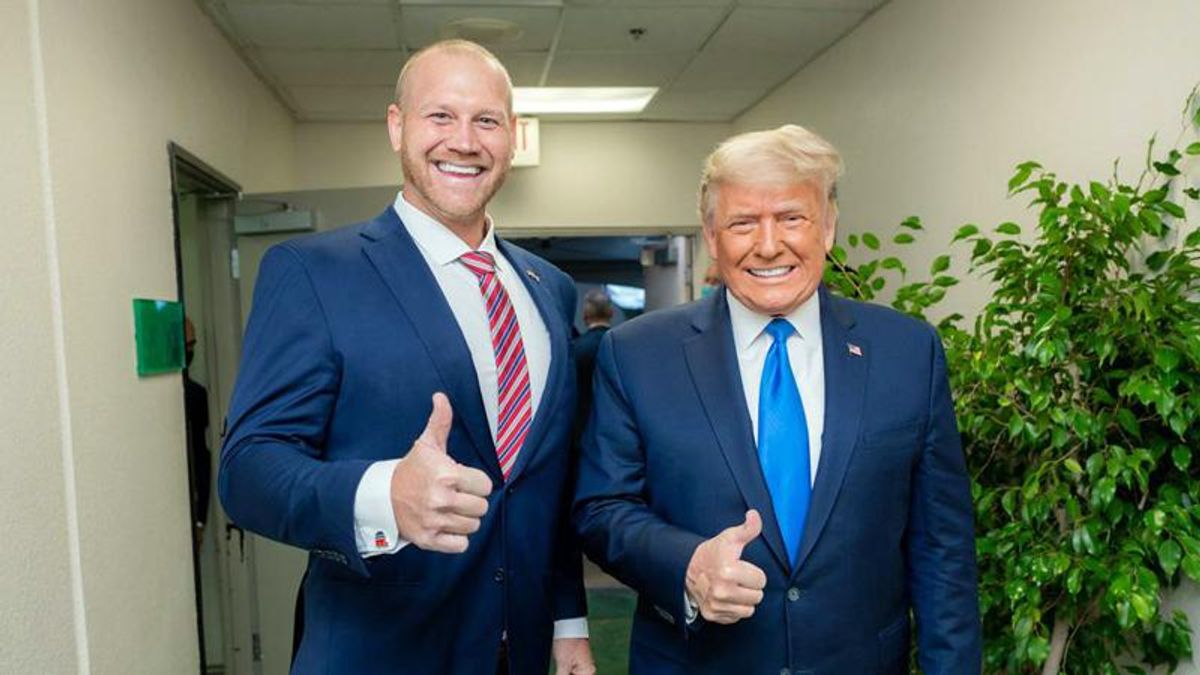 Republican and former professional wrestler Dan Rodimer was the GOP nominee in Nevada's 3rd congressional district during the 2020 election. Rodimer lost to Democrat Susie Lee by over 12,000 votes.

Rodimer did not seek to strengthen his ties to the community in hopes of doing better in another Nevada political contest and instead moved to Texas where he is running in a May special election to fill the 6th district seat vacated when Rep. Ron Wright died of COVID-19.

"New Jersey boy. Pro wrestler. Failed Republican candidate in Nevada. Dan Rodimer has led many lives, but his latest — a cowboy hat-wearing, Southern-drawling bull rider — might be the most extreme transformation to date. In his first ad as a candidate for Texas's 6th Congressional District, "Big Dan" Rodimer speaks in a gravelly, indistinct Southern accent, throws jabs at Democratic policies and compares House Speaker Nancy Pelosi (D-Calif.) to a bull. The bull he's supposedly riding in the ad," The Washington Post reported. "But the New Jersey native didn't have the twang last year when he ran for Congress in Nevada."

CNN's "Out Front" with Erin Burnett mocked Rodimer on Monday, causing veteran Nevada reporter Jon Ralston to reflect on the former Nevada Republican, who he labeled a "big phony."

BIG PHONY DAN Rodimer has gotten more coverage for his carpetbagging race in TX than he did in NV. I still say with… https://t.co/4l6odeyGOP
— Jon Ralston (@Jon Ralston)1617064832.0

There is an obvious through line from Laxalt to Rodimer, of course: Carpetbaggers Unable to show any serious know… https://t.co/vKOb81xA5U
— Jon Ralston (@Jon Ralston)1617069697.0