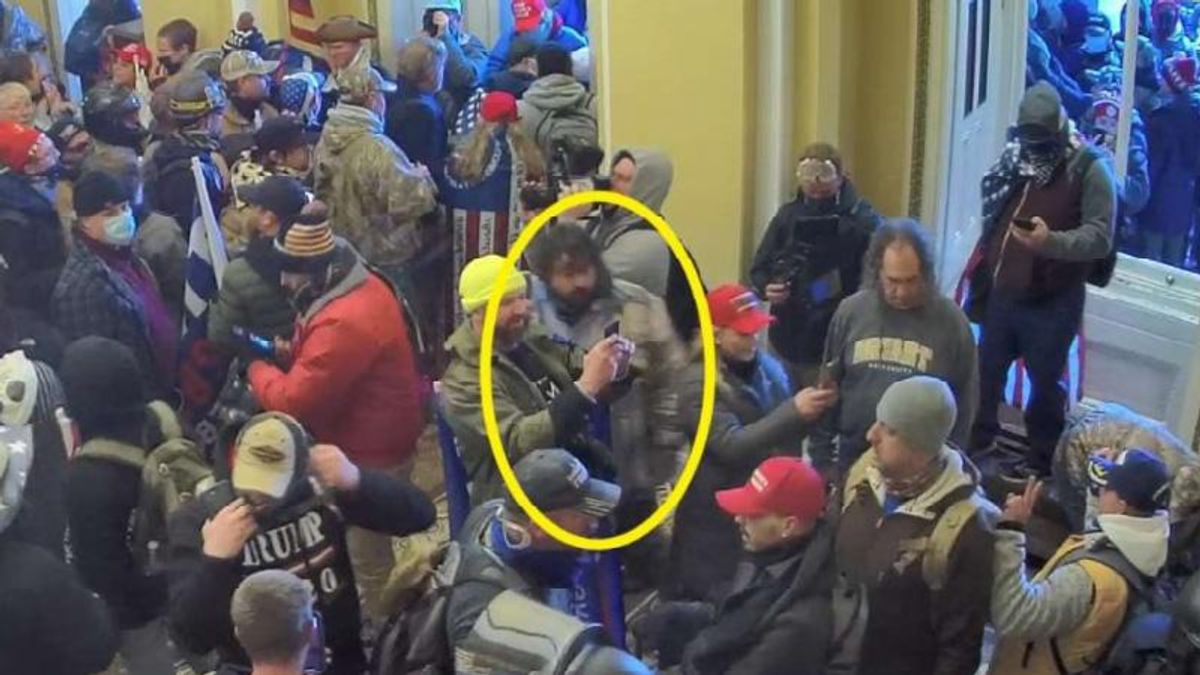 His campaign Instagram account apparently did have followers, however, as two of them contacted the FBI about posts he made to it on January 6, the complaint stated.

The complaint included captured screen shots. One said, "So you stormed the capitol, huh?" Christmann said, "Yeah I'm not going to lie. I wasn't one of the first people in. When realized it was happening, I was scaling walls and shit."

In another conversation, Christmann is asked, "You went inside?" He responded, "How could I not?"

And in still another, Christmann is congratulated by a poster saying, "Niceee dude u actually went in! He answers, "Yup. Scaled a wall on a garden hose."


By January 18, Christmann was sending private message to recipients on his Facebook account "directing recipients 'to delete and removed this videos' after two individuals he knew were recently arrested," according to the FBI complaint.

"Delete these videos. It's actually the only place I sent them, so delete them," Christmann wrote. "My friend Jake got taken in and my campaign manager for the summer got taken in. So it's go time on the end of times."

Christmann attempted to run against the progressive Salazar on the ticket of the "New Moderate Party," which he claimed to have founded.