'I was nodding in agreement': Marjorie Taylor Greene interviewer defends her Holocaust remarks 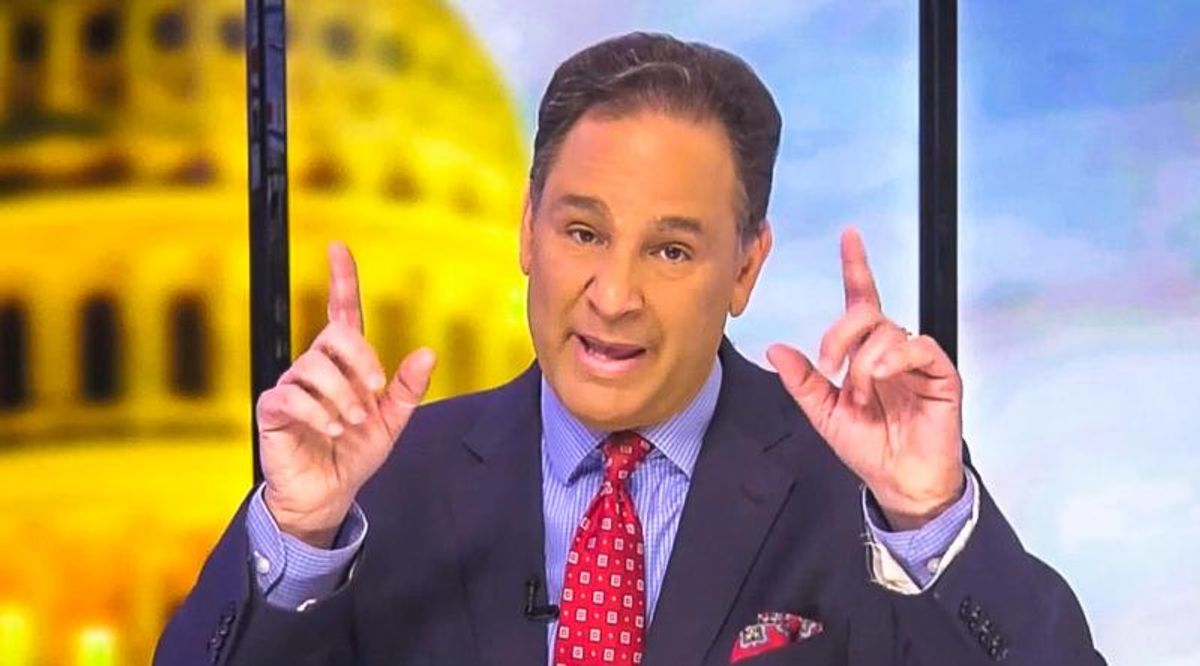 Real America's Voice host David Brody defended himself this week after he allowed Rep. Marjorie Taylor Greene (R-GA) to compare a mask mandate to the Holocaust.

Greene made the remarks while appearing on Brody's program last week where she talked about House Speaker Nancy Pelosi's decision not to lift a mask mandate for the U.S. House of Representatives.

“We can look back at a time in history when people were told to wear a gold star, and ... they were put in trains and taken to gas chambers in Nazi Germany," Greene said at the time. “This is exactly the type of abuse that Nancy Pelosi is talking about."

On Monday, Brody kicked off his show by springing to Greene's defense.

"In essence, she was saying Jews were branded as second-class citizens back then with a gold star," Brody opined. "And today, we are also seeing a branding and division of people between the vaccinated and the unvaccinated -- two classes of people."

"That was the point she made! Look, she wasn't coming from a place of hate," he continued. "She was trying to highlight warning signs in today's society and in today's America."

Brody also noted that he was "criticized heavily... for nodding in agreement to what MTG said and also not following up at the time."

"This misrepresentation is totally distorted," he complained. "I was nodding in agreement at the part when she started talking about the gold star treatment in Nazi Germany because I understood her analogy about people being separated into two classes of people then and now."

"I nodded because I have been expressing this exact same sentiment on the air for months regarding comparisons to Nazi Germany," he added. "Back then, you had to show your papers and, today, you have to show your vaccine passport."

Brody admitted that the "parallels end once the Jews were taken away to concentration camps."

"In retrospect, I wish I had asked her whether she wanted to clarify the gas chamber language and how that would be seen as offensive to Jews," he concluded. "Honest mistake. And I admit, I'm not perfect."