WATCH: Attorney rants against ‘terrorist’ Black Lives Matter after dropping an F-bomb and getting ejected from council meeting 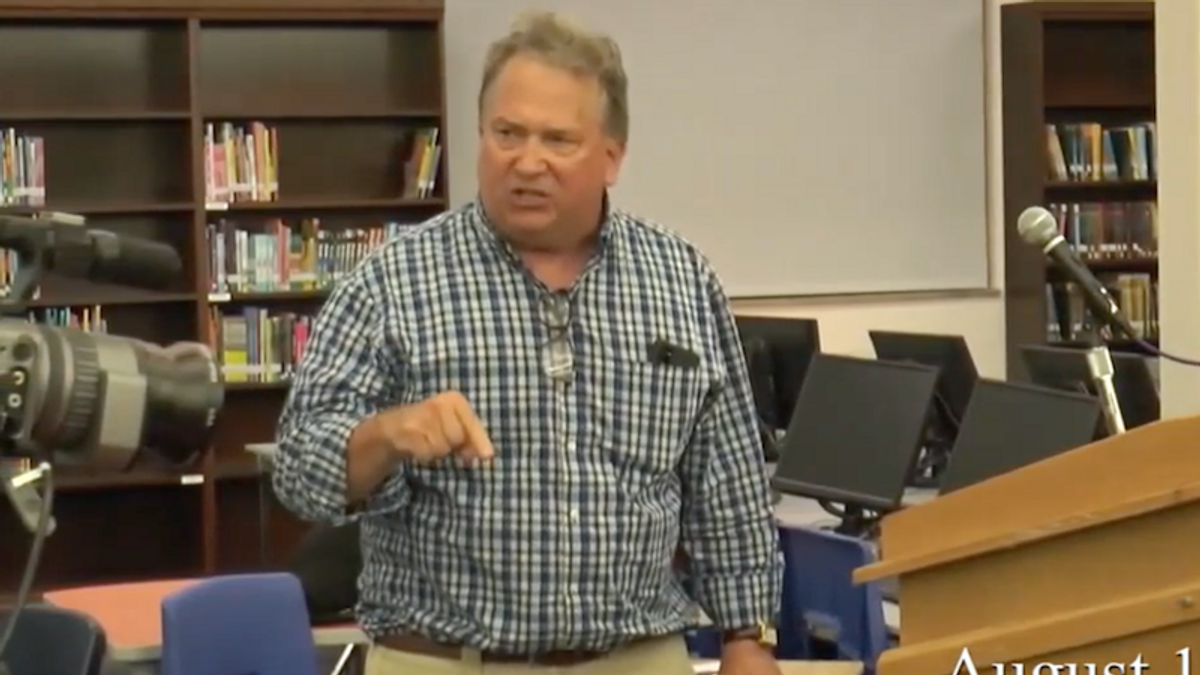 A local attorney went on a rant calling Black Lives Matter a "terrorist organization," after dropping an F-bomb and getting ejected from a city council meeting in Dearborn Heights, Michigan, last week.

The following day, another resident filed a police report accusing the attorney, James Fett, of threatening to shoot him during the council meeting, according to a report from the Press & Guide newspaper.

Fett, a partner in the employment law firm Fett & Fields, is the boyfriend of mayoral candidate and City Council Chair Denise Malinowski-Maxwell, the newspaper reported.

The incident began when Dearborn Heights resident Hassan Saab showed the council printouts from Fett's "offensive" social media posts, which Malinowski-Maxwell had liked. Malinowski-Maxwell responded by claiming that Fett's account had been cloned.

"Fett was briefly ejected from the meeting for directing a verbal F-bomb at Saab, and police officers intervened and removed both men briefly from the meeting to calm down, after which both returned," the newspaper reported. "Fett later went to the podium, defending his social media postings, and said to those in attendance that he believes the Black Lives Matter movement is a terrorist organization."

A Reddit user who posted video of Fett's rant said he appeared to be "drunk."

"I didn't see your little Facebook page that you captured, but I know one thing, I'm not racist. But I do know something else, BLM is a terrorist organization," Fett said, before a council member tried to cut him off by calling a point of order because he appeared to be addressing Saab instead of the council.

"I consider BLM a terrorist organization," Fett continued. "I sue them on behalf of people who have been canceled by them. I also represent many African-Americans, Arabs, doesn't matter to me, but there has never been anything on my Facebook page that could be considered racist, unless you consider people that oppose that Marxist organization as racist. If that's racist, call me racist."

"Racist!" one woman yelled out as Fett left the podium.

The Press & Guide reported that police had to repeatedly intervene during the "contentious" meeting.

The police chief later confirmed that Saab had filed a report and said it would "be investigated as appropriate."