There are zero reasons to be afraid of Mitch McConnell’s ‘scorched Senate’ threats: columnist 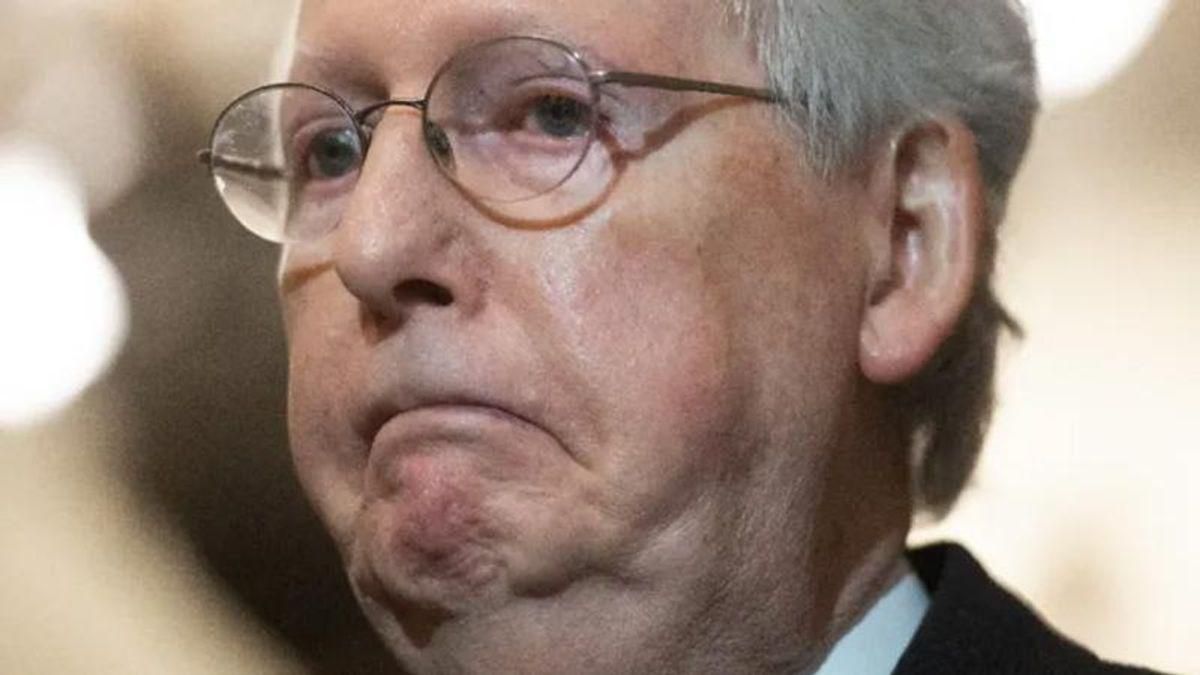 Calls are increasing for Democrats to change filibuster rules to require that it be a talking filibuster, in which members must hold the floor and speak against the bill they oppose. As it stands now, the threat of a filibuster has stopped the Senate from functioning because it means that support for legislation doesn't take the simple majority outlined in the Constitution, it takes a 60-vote super-majority.

It's for this reason that Senate Majority Leader Mitch McConnell (R-KY) is threatening Democrats that if they change the rules he'll employ a kind of "scorched-earth" action in the Senate. But the threat is a hollow one, Washington Post columnist Jonathan Capehart wrote Thursday.

"Let me say this very clearly for all 99 of my colleagues," said McConnell on March 16. "Nobody serving in this chamber can even begin — can even begin to imagine — what a completely scorched-earth Senate would look like."

Capehart doesn't doubt McConnell's threats are genuine, they're just not the kind of threat that Democrats should care about.

"No one has handled the blowtorch in pursuit of his priorities more adroitly than McConnell," he explained.

Capehart recalled McConnell's fury over Obama winning his 2012 reelection. With Democrats in control of the Senate, McConnell held up three of Obama's Cabinet secretary nominees, including his defense secretary nominee.

Then Senate Majority Leader Harry Reid (D-NV) was over it, abolishing the filibuster for lower federal court and executive branch nominees.

"It's this action that critics point to as the genesis of our current filibuster crisis," Capehart explained. "But if Reid's action was the match, then the subsequent actions taken by McConnell were gasoline on the fire."

Who can forget Mitch McConnell holding the Supreme Court hostage for almost a year because he refused to allow a vote from former President Barack Obama's nominee Merrick Garland. It took McConnell less than 100 days before he "blew up the filibuster" for Supreme Court nominees. It scored McConnell the justice he wanted and then the replacement for Justice Ruth Bader Ginsburg mere days before the 2020 election.

"If anyone's destroyed the Senate, it's Mitch McConnell. His strategy of obstructing and delaying has been deeply, deeply damaging," Sen. Jeff Merkley (D-OR) told Capehart during an interview. McConnell "is the master breaker of the Senate, and we need to fix it."

The Senator suggested that the "talking filibuster" can still block bills but it removes the secrecy and requires members justify their opposition to the public.

The threat that Democrats should be scared of what Republicans would do if they got rid of the filibuster is absurd, according to Merkley. He explained, "the Republicans have already torn down the filibuster on their own priorities."

Capehart closed by quoting anti-Trump Republican Sophia Nelson, who advised Democrats, "stop being afraid of Mitch McConnell 'cause he's not afraid of you."