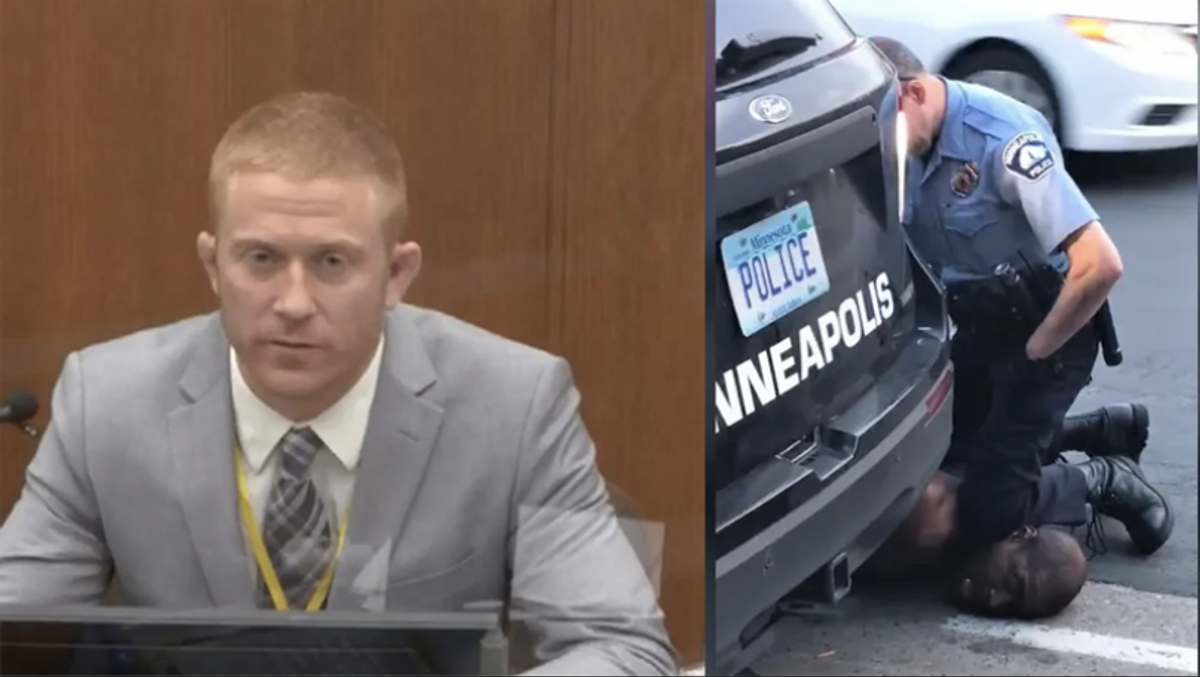 During Thursday's questioning during the Derek Chauvin trial, one EMT revealed that there was nothing preventing officers or anyone else from doing CPR on George Floyd.

It's a similar claim that firefighter/EMT Genevieve Hansen made Wednesday when she said that over and over she yelled at police officers to do CPR on Floyd and that he was dying under Chauvin's knee. She offered to do it but officers refused, staying put in holding down Floyd. She also offered to walk the officers through how to do CPR if they didn't know how and didn't want her to step in while off-duty. She was rebuffed again.

Once Floyd's body was loaded into the ambulance, she called 911 to report what she'd seen. Hansen was at the scene before paramedics were, and she said that she believes she watched Floyd die in front of her.

See Smith's comments in the video below:

Derek Smith, a paramedic who arrived at the scene after George Floyd was dead, says: “Any layperson can give chest… https://t.co/qbYMMf9pdo
— philip lewis (@philip lewis)1617305889.0