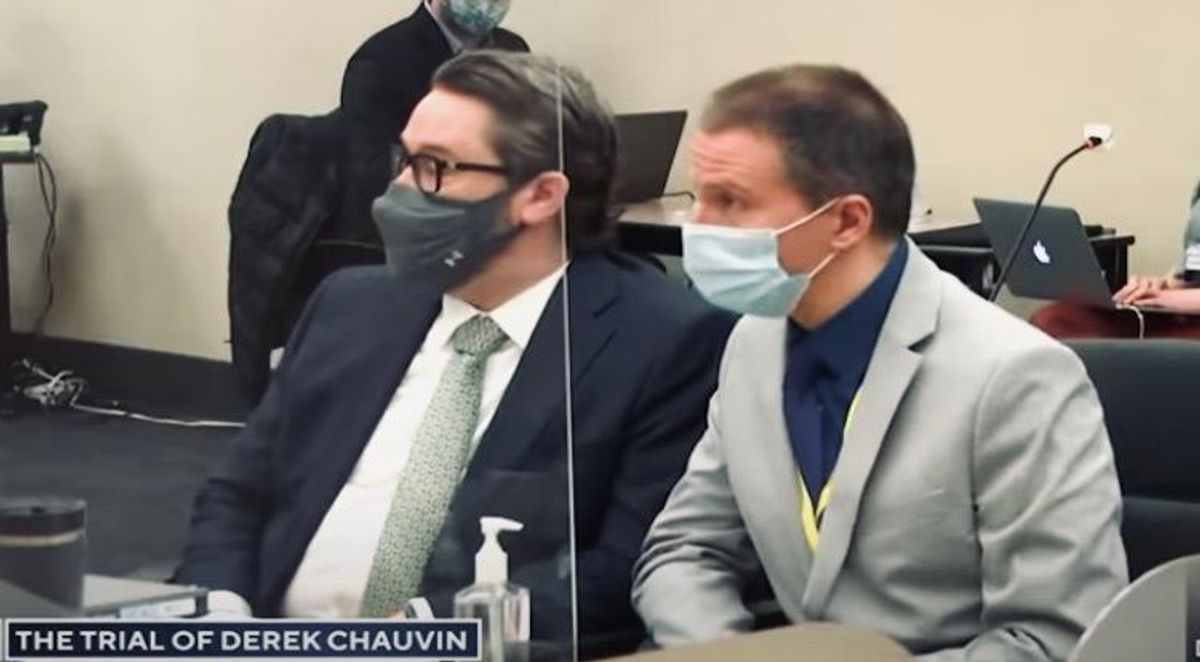 Conservative apologists for police violence have argued that jurors were too afraid to acquit Derek Chauvin in the murder of George Floyd, but one legal analyst flatly rejected those claims.

MSNBC contributor Joyce Vance, a former U.S. Attorney for the Northern District of Alabama, tossed aside claims that jurors convicted the former Minneapolis police officer on all three counts because they feared the possibility of mass violence if they acquitted Chauvin.

"Some people, as you said, the pundits, suggesting that this jury was influenced by the fear the country would break out in riots if they didn't return a verdict of guilt," Vance said. "I reject that notion. This jury took an oath, told the judge they could follow it repeatedly and they were sequestered during their deliberations."

If anything, the longtime prosecutor said, juries are overly deferential to police officer defendants.

"What I'm forced to think about is all of the juries in police cases who I spoke with after they hung or after they rendered acquittals were jurors, as you said, gave police the benefit of the doubt," Vance said. "They said, we didn't want to ruin the life of a police officer. I think what the Black Lives Matter protests last summer did, I think what the influx of information into the national conscience about the widespread police misconduct that we see did was it let this jury decide this case based solely on the evidence and the law without some sort of a bias that said that police were above the law."

"Now we live in a community where we can possibly have justice for everyone going forward if future juries will act this way, as well," she added.