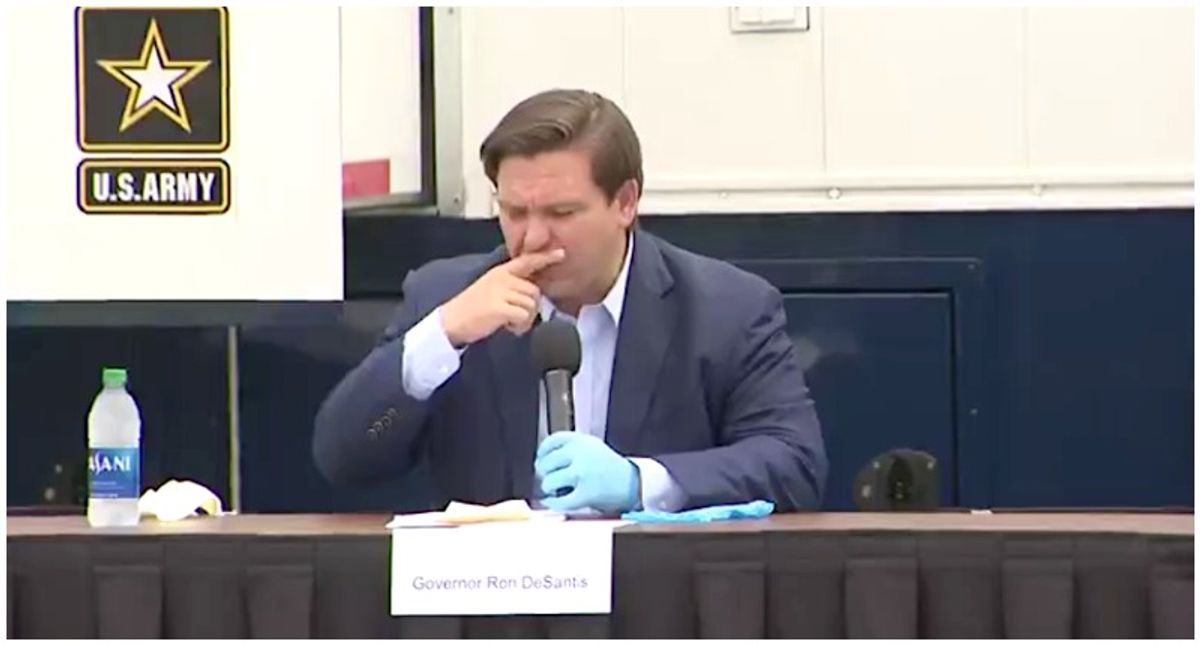 In an interview on the Daily Beast's " New Abnormal" podcast, a top Florida Democrat speculated that Gov. Ron DeSantis (R) was infected with COVID-19 late last year and hid it from the public.

Speaking with host Molly Jong-Fast, Nikki Fried, who serves as Florida's Commissioner of Agriculture and Consumer Services, claimed that the controversial governor disappeared from public view last November because he was dealing with COVID-19 symptoms.

"You know, he went MIA for three weeks in November claiming that he was working on some statewide plan. My take is that he probably had COVID and didn't want to tell people when the vaccines first came to our state," Fried suggested.

At the time, the Tampa Bay Times also noted DeSantis dropping off the radar and issuing a short video.

"Recording from his desk in the Capitol, DeSantis acknowledged that the early doses of therapeutic drugs and vaccines will have to be rationed but, as he has done for weeks, he offered no explanation as to who decides who gets the first doses and what criteria is being used," the Times reported, adding, "This is the second time in two weeks that DeSantis, who has virtually disappeared from public view since the election, has chosen to bypass reporters' questions and instead issue a video message delivered on social media and distributed by the state's emergency operations alert system as well as his email platform."

During her "New Normal" interview , Fried also suggested that DeSantis is taking guidance on his moves, when it comes to the pandemic, from Donald Trump who now lives at his Mar-a-Lago resort in Florida after losing re-election.

You can listen to the podcast below: