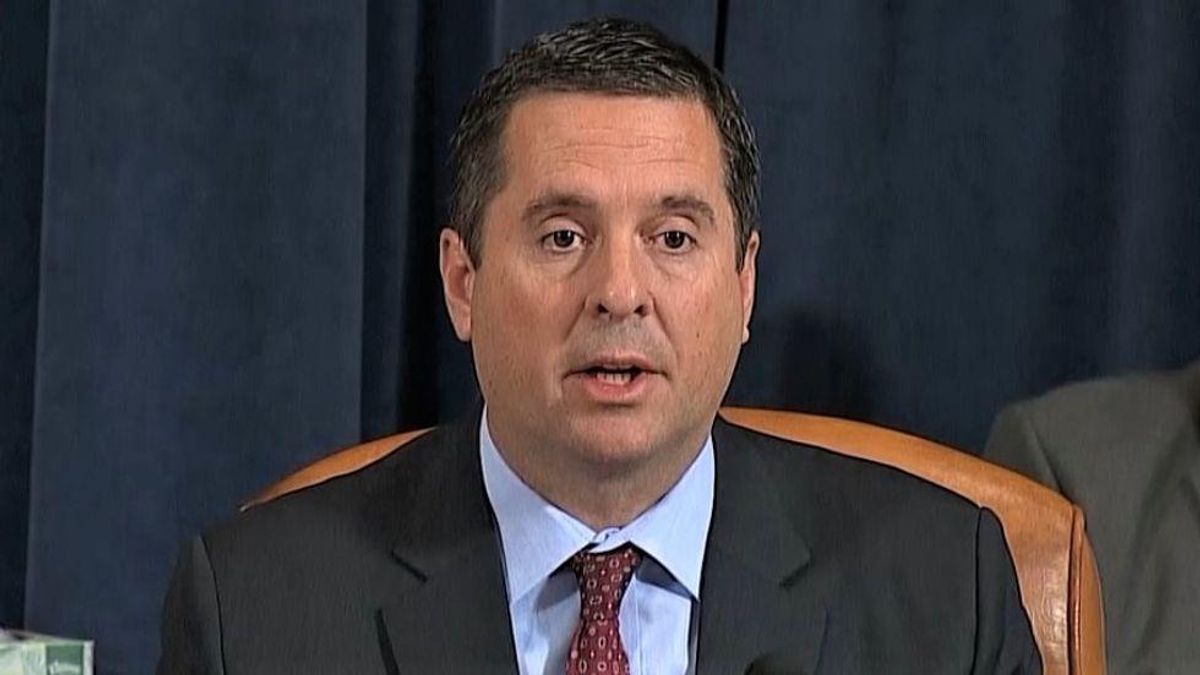 "That seems transparently thin, because we have all of the Twister accounts and feeds," he noted. "We can see that. Also, if there was anything to it, why is it two months later that the Justice Department is saying, 'You know what? We're going to give this up.' I mean, if there's a threat to a congressional officer, that's going to be taken seriously. This really smacks of a grand jury subpoena being issued for political purposes."

He noted that it might not be as much about Nunes, but undermining the rule of law at the Justice Department while under Attorney General Bill Barr's leadership. This week, Americans also learned that the DOJ denied prosecutors the ability to search Rudy Giuliani's devices, despite him being a target of an investigation. The Southern District of New York asked twice, and the DOJ said "no."

"That is to shield friends," Weissmann said. "Here you have the Justice Department by all accounts, that they're using the grand jury as a sword on behalf of a political ally. That's really, you know, the road to Hell for a democracy. The rule of law means that it applies whether they're Democrats or Republicans in power, and the Justice Department isn't supposed to do the bidding of either."

Watch the full discussion in the video below: