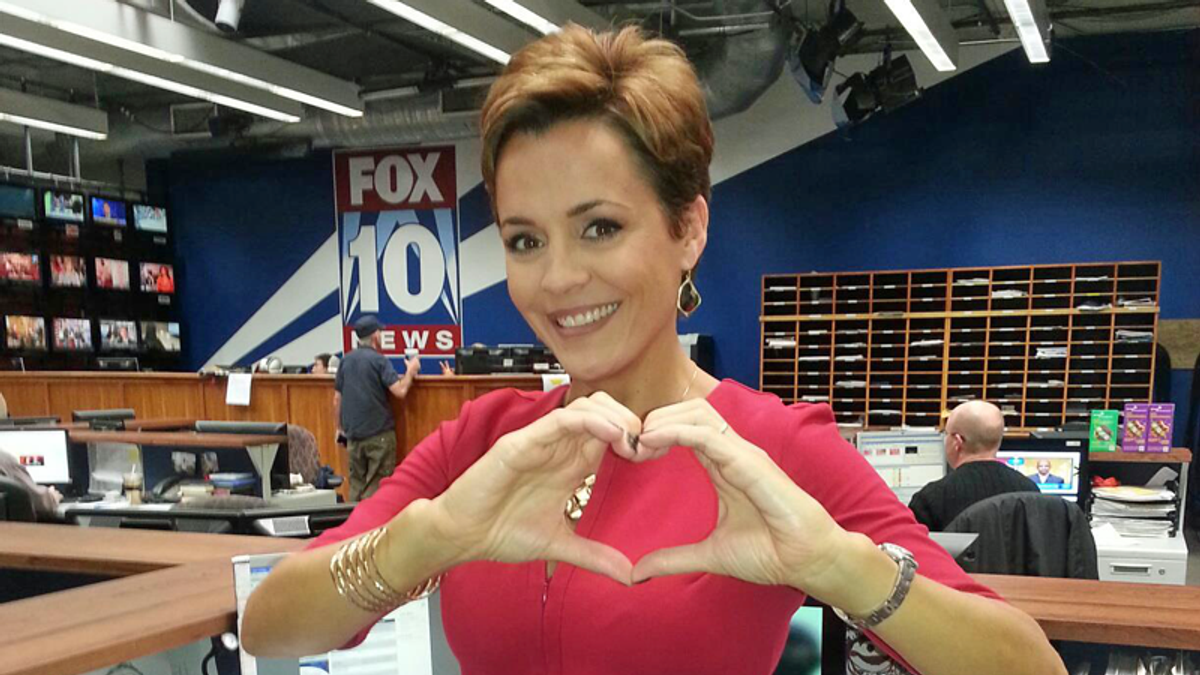 Bill Goodykoontz, the media critic for The Arizona Republic, explained the dynamics surrounding Lake's departure from journalism in a March analysis.

"While Lake has done her share of responsible journalism, the past few years of her career have been notable for controversies. Lake shared disinformation about the First Amendment after Twitter and Facebook suspended Trump's accounts for his posting of misleading information and lies after his words inspired the Jan. 6 attack on the U.S. Capitol," Goodykoontz wrote. "It wasn't a First Amendment issue, despite conservative talking points meant to frame it as one."

"Lake was a longtime Fox 10 news anchor who in recent years has taken to peddling conspiracy theories and spreading outright misinformation," Roberts wrote.

She noted "that time in April 2020 when she tweeted a debunked COVID-19 video, calling it 'one of the most HONEST COVID-19 briefings I've seen to date.' The video – featuring two California doctors who advised that staying home during a global pandemic would weaken your immune system – was condemned by the American Academy of Emergency Medicine and the American College of Emergency Physicians as 'reckless and untested musings" that are "inconsistent with current science and epidemiology regarding COVID-19.'"

"Somewhere along the line, Lake lost her way as a journalist, believing that it's OK to pass along lies and misinformation but it's an 'attack' to question a high-profile, long-time news anchor about her sudden and mysterious disappearance from the airwaves," Roberts explained. "I will say this. She's certainly on brand at the moment for our beloved Arizona, the birthplace of bamboo ballots and unending election audits. Lake should play well on the far-right fringe of the Republican Party."

In an apparent effort to solidify the far-right fringe, Lake released a video where she smashes TVs with a sledgehammer to show her hatred of the media.

The TV's in the video feature CNN reporters Don Lemon, Chris Cuomo, and Brian Stelter among others.

Lake will be speaking at Donald Trump's Saturday rally in Phoenix pushing his "Big Lie" of election fraud which resulted in the widely panned Arizona audit.

I’m excited to speak at the Rally to Save our Elections with President Donald J Trump this Saturday in downtown Pho… https://t.co/mPMb6Z4SYw
— Kari Lake (@Kari Lake) 1626968056.0