Doctor who breached US Capitol is on a crusade to spread misinformation on COVID vaccine: report 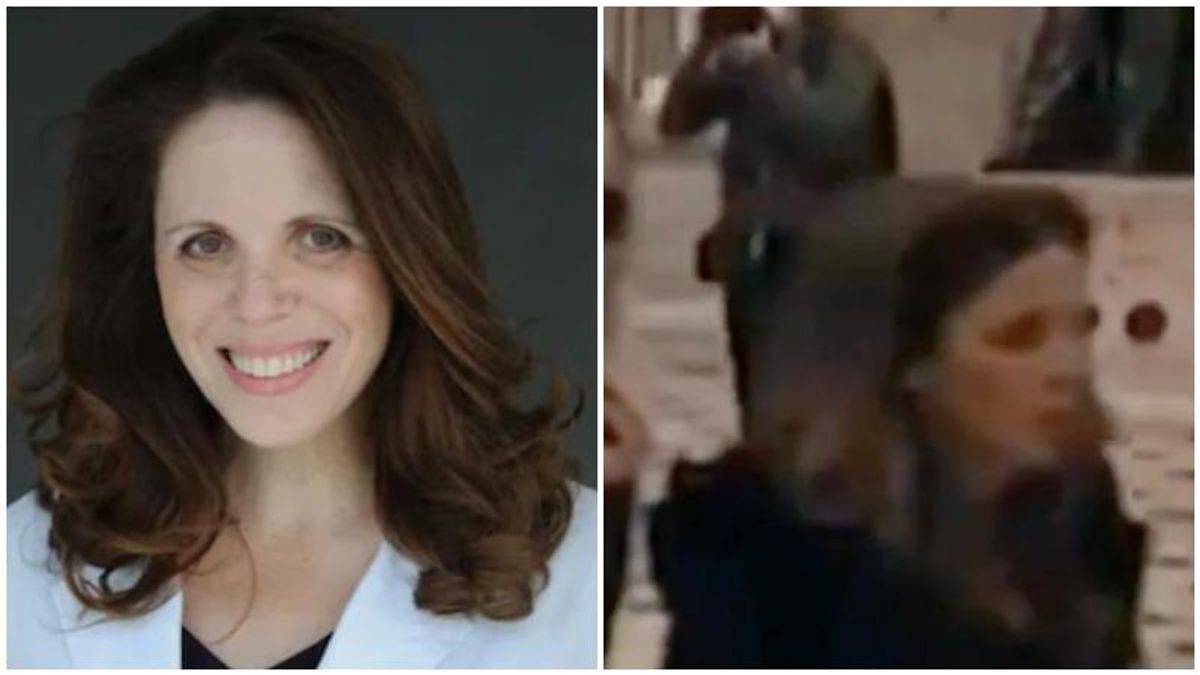 Simone Gold, a California doctor who appeared with the "America's Frontline Doctors" group during an infamous press conference that pushed disinformation about the coronavirus, acknowledged to the Washington Post that she breached the U.S. Capitol along with the mob of Trump supporters trying to block Joe Biden's certification as the winner of the 2020 election.

According to a new report from The Intercept, Gold has been leading a crusade against the coronavirus vaccine. The day before she entered the Capitol, she gave a speech at a rally outside the White House where she urged people not to get the vaccine. She also spread her brand of medical misinformation inside the Capitol during the siege. Now, the Medical Board of California is taking notice.

When The Intercept reached out to Gold and America's Frontline Doctors over the fact that the Board is looking into their actions, they put out a statement on the group's website claiming that "no AFLDS members participated in or were a party to any violence or vandalism and any suggestion to the contrary is false and misleading."

Gold and her colleagues' attempts to spread distrust in the vaccine seems to be working.

"A surprisingly large number of health care workers, the group first offered the vaccine in the U.S., have refused to take the vaccine, with acceptance rates as low as 50 percent in some places," The Intercept's Sharon Lerner writes. "And research has already shown that significant numbers of health care workers cite religious reasons, concerns about personal freedom, and distrust of government claims about the severity of Covid-19 among their reasons for refusing the vaccine."

Gold is a direct threat to scientists and physicians who want to end the pandemic, Lerner writes. Speaking to The Intercept, emergency physician Dr. Nick Sawyer called Gold a "chaos agent."

"She has created a competitive narrative of what's true about COVID and vaccines," he said. "So many people come into my office and say to me, 'I don't know what to believe.'"

Read the full story over at The Intercept.

Fox News contributor Jason Chaffetz on Monday got embarrassed by one of his own network's reporters after he falsely claimed that the New York Times had been slow to cover scandals swirling around New York Gov. Andrew Cuomo.

During a Fox News segment, Chaffetz recapped all the controversies surrounding Cuomo, who has come under fire for allegations of sexual harassment and revelations that he hid data on COVID-19 nursing home deaths.