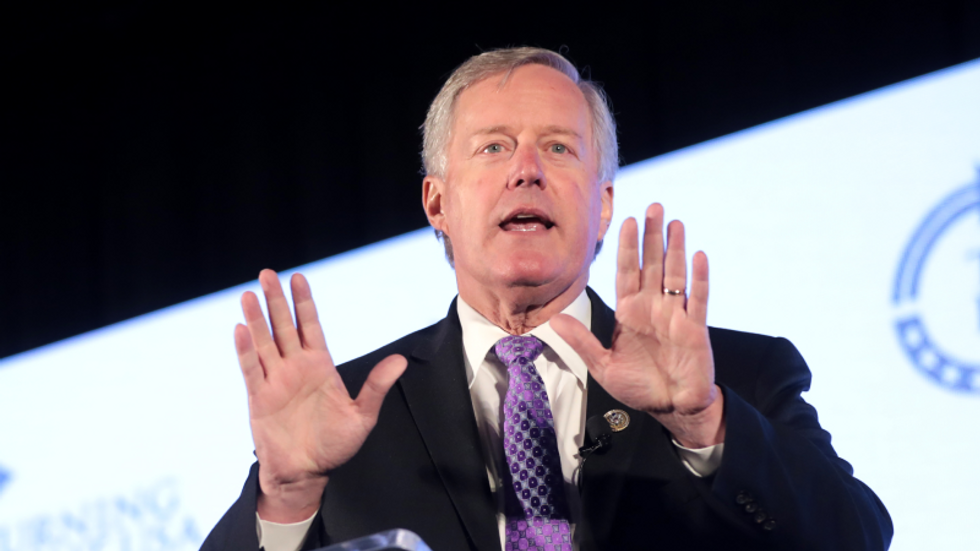 The former White House chief of staff went on Newsmax late Wednesday and agreed with Trump that the account in his forthcoming book was "fake news," after the twice-impeached one-term president denied that he had tested positive for the coronavirus three days before his first debate with Joe Biden, and before he interacted multiple times with the public.

"He doesn't think the rules apply to him, none of his people think the rules apply to him, they don't think election results apply," Scarborough said. "If their feelings are hurt, then they can do whatever they want to do. If science does not break their way they can whine and call somebody a Nazi, if you test positive for a test, don't do it, have your family out there wearing masks."

"Everyone around him is absolutely terrified," chimed in co-host Willie Geist. "Remember, the reporting in the new book from Mark Meadows was the White House physician called Meadows and said, 'Hey, the president just tested positive for COVID, do not let him get on that plane,' and no one would say that to him. They called him once he was on that plane said and said, 'Oh, that's terrible,' and he went on the day's events with Gold Star families and everything else."

Geist then asked what sort of man would disavow his own words after Trump publicly denied them by going on Newsmax to disavow them and retweeting the former president's "fake news" statement, and Scarborough hooted with laughter.

"Seriously," Scarborough said, cackling. "Come on! You talk about, we talked last week -- who's that guy with the little neck? What's his name?"

"Yeah, Josh Hawley," Scarborough said. "He has that war on masculinity or whatever. He's very worried about that. As I said, real men don't even notice there's a war on masculinity. These guys that put their masculinity in a lock box for Donald Trump. There is another body part, I'd like to use it, I won't use it here in the morning."

"Something about a blind trust, right?" Geist offered.