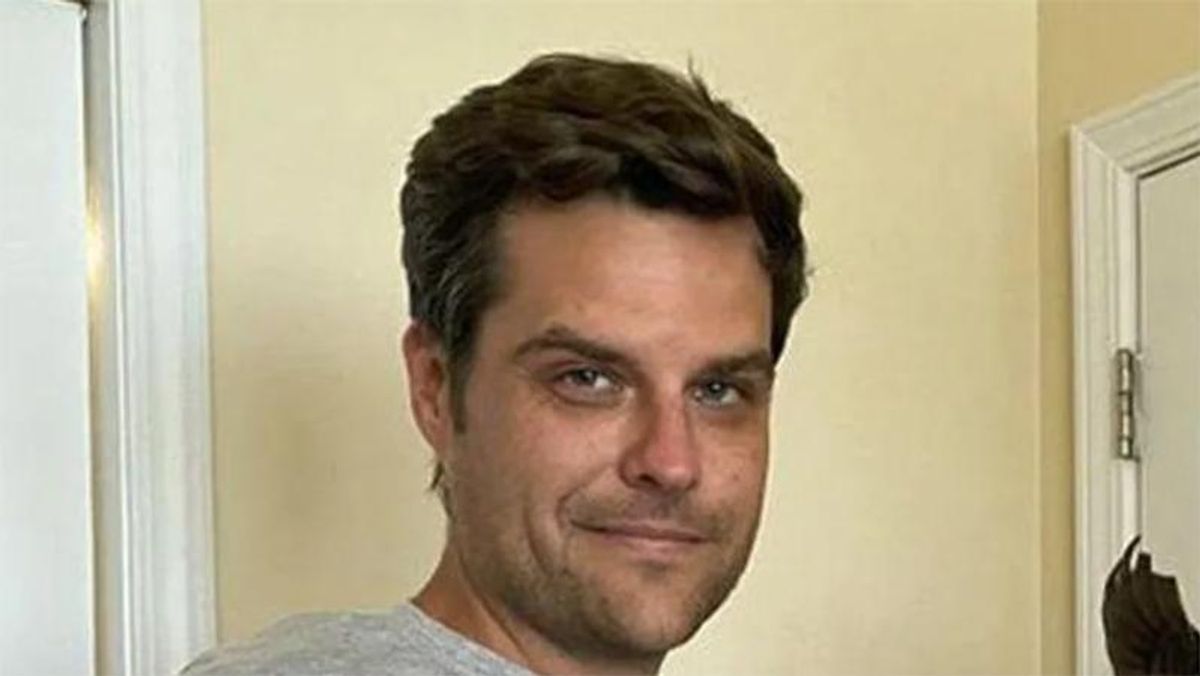 "Yeah, it's a big problem for Matt Gaetz if the feds got his phone and that went in to get cleared through a judge, that kind of surveillance," said Melber. "Marc, this story has really accelerated with the reporting of the New York Times and your reporting in Politico. I don't know if you will answer this question, but I'm going to ask it. Does your reporting reflect that Matt Gaetz may have a legal/criminal problem or does your reporting at this point reflect a lot of stuff around him that the feds are looking at but that he may not be in things that are chargeable?"

Caputo confessed he was going to dodge the question a little, noting instead that it depends how "problem" is defined.

"When the federal government is seizing your phone, you got a problem," he said simply. "When your allies are saying, 'Hey, yeah, maybe he had sex with her, but it was when she was 18 and a half. When you are measuring people's ages in fractions, that's a problem. Is he going to be indicted? That's a whole other matter. The teen or former teen who is now 21, the question is what has she said to the federal government if anything. And what evidence is there that she can back up or shed more light on. Then obviously, there is the Joel Greenberg matter that he might have some problems as a witness against Gaetz. This is a guy who not only had sex with a 17-year-old but falsely smeared as a pedophile."

Republican Rep. Steve Scalise (R-LA) said that there wouldn't be any action on Gaetz until "something formal" took place. The Nation's Joan Walsh explained that when the DOJ takes your phone, it's a pretty formal act. Indeed it mandates a subpoena approved by a judge.

She noted that there seem to be a lot of witnesses involved in the scandal and that it will be difficult for Gaetz to deny if something happened.

Melber called out Fox News and other conservative outlets who aren't reporting much of the Gaetz story, other than the disastrous Tucker Carlson interview with Gaetz.

When the DOJ has your phone -- you've got a problem www.youtube.com