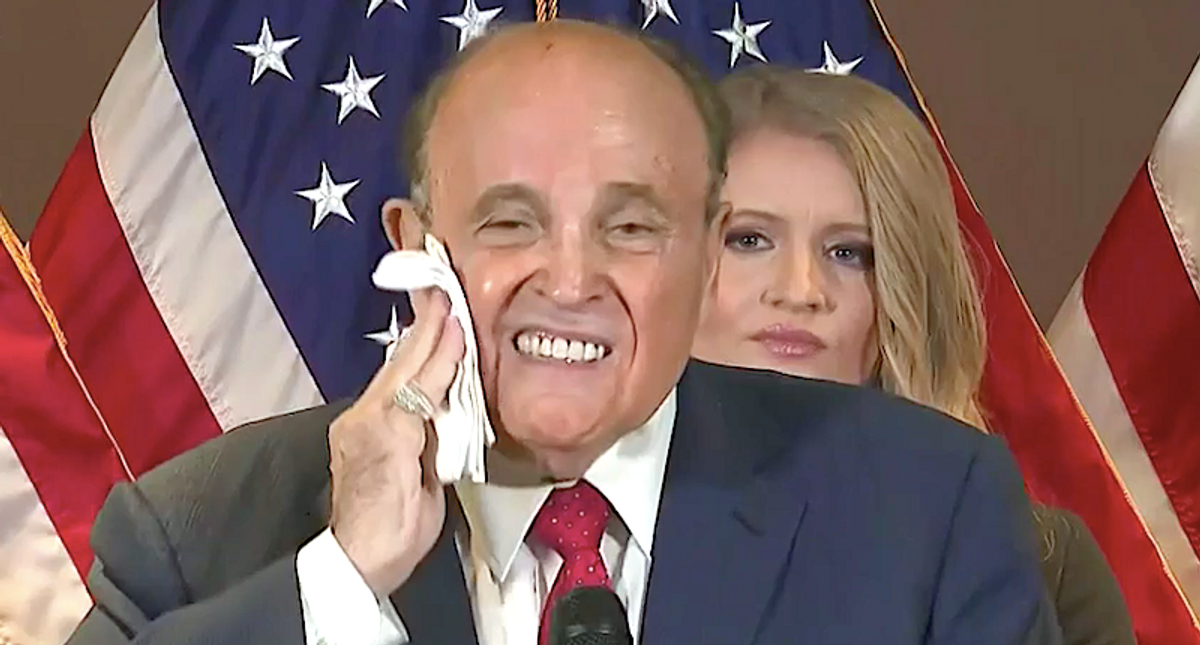 Supporters of Donald Trump who pushed his "Big Lie" about election fraud in an effort to overturn the 2020 election are facing legal jeopardy beyond the criminal charges filed against the January 6th insurrection.

The Beast interviewed Tom Clare from the firm.

"There are great synergies between the work that the Susman team had done on the 2020 election and the defamation cases we were pursuing for Dominion," said Clare. "As those discussions unfolded we also discovered the two firms have a great cultural similarity in having a ready for trial approach to litigation.

"I think it's going to be a very effective team," he added.

There may be more lawsuits coming.

"On Friday, Fox News was hit with a $1.6 billion lawsuit," The Beast reported. "Other conservative media outlets including Newsmax and One American News Network—also aired post election conspiracy theories and are among the top targets for Dominion's next round of lawsuits, according to two people familiar with the matter."